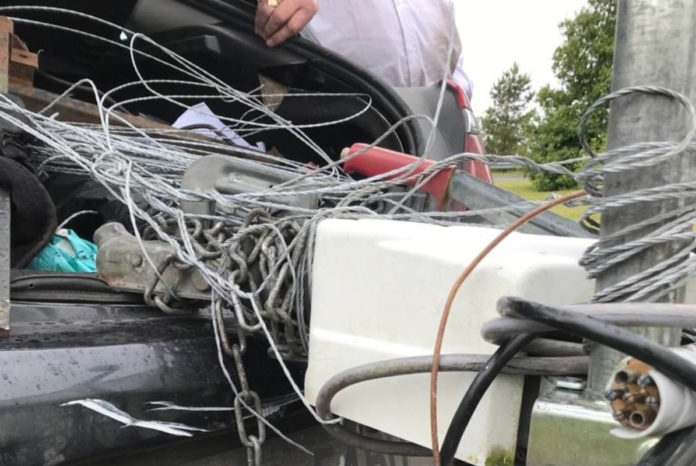 A male motorist is facing prosecution after Gardaí discovered him driving a “dangerous defective vehicle”.

In a brief tweet, An Garda Síochána, said: “Garda RPU stopped the driver of this car towing a caravan, well, towing is a slight exaggeration!”

“As can be seen, the driver didn’t have a hitch on his car.” the tweet added.

Those who are found behind the wheel of a what is regarded as a dangerously defective vehicle in a public place, face a fine of up to €5,000 and/or imprisonment for up to 3 months.