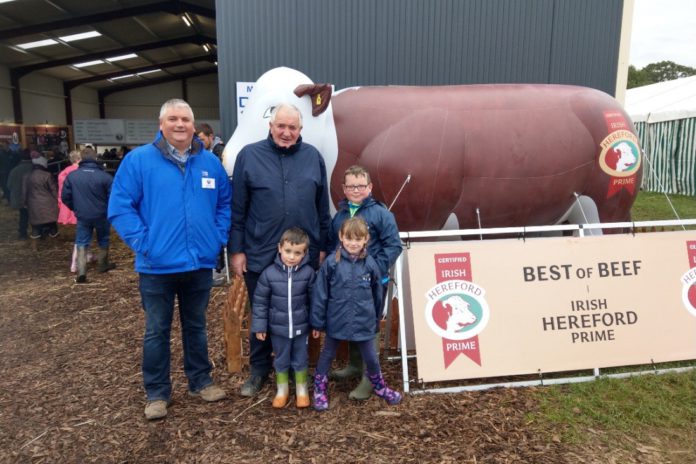 In this week’s Suckler Focus, That’s Farming, speaks to Niall Daly from Gageboro Herefords. He discusses marrying into a family deep in breeding Hereford cattle, calving heifers at 24-28 months and the next generation.

“Down through the years, Hugh and his son, John, had a huge passion for the Hereford breed.”

“They had many successes over the years from the days of the RDS Show to the now Tullamore National Show.”

“Bulls such as Gageboro Loquacious, Gageboro Suave, Gageboro Horatio, and in recent years Gageboro Morgan, all of which stood in AI stations were successful on their commercial merits.”

“In 2004, Lisa and I got married. I got more involved in the pedigree side of farming, and we have now doubled our cow herd since then – with a strong emphasis on cow-type.” 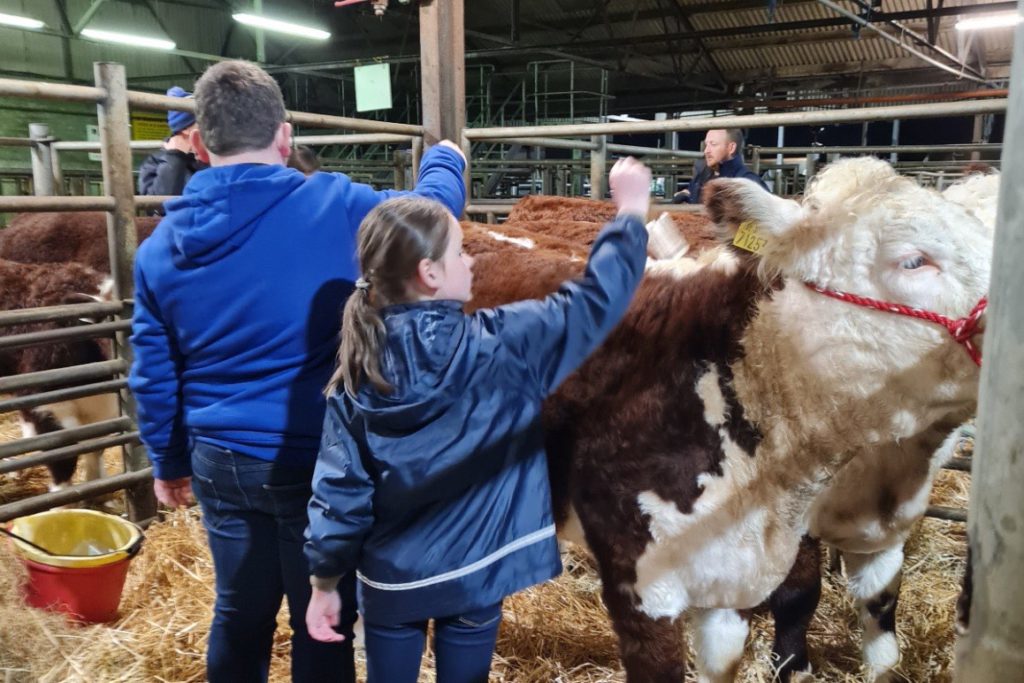 Niall outlined why the family like this particular breed and the traits they seek in their ideal breeding females.

Hereford cattle are easily handled, with a  good temperament, easy fleshing. Overall, they areice cattle to deal with.”

“Our ideal cow is one with a good top, long, good temperament, easy fleshing, of good size, lots of milk and a mature cow weight of 700-800kgs.”

“There is a social aspect to farming as well. It is not just the Herefords; it is the few people you know, and there is a bit of craic involved.”

Niall outlined the different conventional semen straws the family use in their breeding programme.

“We also use a variety of AI sires including Smithston Darby (SZY) Haven Jackal (HE2021) and our own, Gageboro Onward (F337) who was a Gageboro Morgan (GGM) son.”

Niall shared his opinion on the genetic pool available in Ireland and overseas to suckler farmers.

“The gene pool is tight enough. In recent times, the Irish Hereford Breed Society made a trip to Australia.”

“We are using them bulls on a trial basis to see which will click best with our herd.”

The Offaly-based farm calves 70% of their herd in the autumn and 30% in the spring.

Niall outlined why the family opts for a split calving system on the farm.

“We much prefer calving in the summer as this suits our system better, with less housing, bedding, and a healthier calf.”

They calf their heifers from 24-28-months to try to keep their herd in line with an autumn-calving pattern.

The Dalys retain 80% of their pedigree heifers as replacements and sell bulls for breeding from 17-20 months at Irish Hereford Breed Society sales or on-farm.

“There is a good trade for Hereford bulls. With the dairy herd expanding, Hereford and Angus are widely used commercially.”

“Going forward, I think this will be the case for many years to come. It has always been our policy to maintain a young herd.”

In 2018, Niall’s father-in-law John received the reserve junior female champion silverware with Gageboro Senorita by Haven Jackal, and her dam is Gageboro Medusa.

Niall explained the family did not attend shows in recent years due to him and Lisa rearing a young family.

Niall added that his children: Cillian (10), Alannah (9), and Conall (7) in later years are now showing a keen interest in farming.

“We have two new young handlers who got the taste of showing at the recent Next Gen Herefords’ event. It was a great success for the young breeders of the future.”

Niall shared what it takes to become successful in the pedigree breeding aspect.

“In reality, it takes years of breeding and a bit of luck. To get that right one is the whole thing.”

The family plans to continue pedigree breeding, improve their herd and maintain their herd size.

“My long-term plans would be to build the last of the sheds and reseed the farm. We have no major plans for expansion.”

“In my view, the future of suckler farming looks positive with strong mart and factory prices.”

“On the upside, I think there is a huge scope for the traditional breed, with faster finishing and being environmentally friendly and cost-productive.”

“There is a viable place for the suckler farmer, but it will depend on subsidies and the new schemes.”

“I think the national herd might have to reduce with the new environmental agenda going forward,” Niall Daly of Gageboro Herefords concluded.