That's FarmingThat\'s Farming Irelands Largest Farming News, Properties and Classifieds Network
HomeFarming News‘When I was in school, everyone wanted to drive tractors but not... 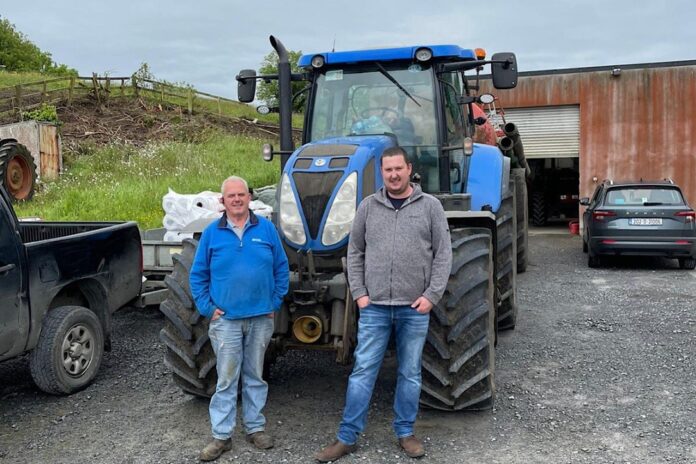 ‘When I was in school, everyone wanted to drive tractors but not anymore’

As part of this week’s Agricultural Contractor of the Week segment, That’s Farming profiles Gaffey Bros Agri. David Tyrell discusses working alongside his uncles, making up to 14,000 silage bales, (LESS) and his thoughts on the new hay/silage scheme.

The Gaffey brothers from Moate, County Westmeath, not only work as agricultural contractors but sell silage bales to clients from 150-acres they rent.

The firm progressed in later years to offer a square baling service, and then when another brother, Kieran, who passed away, joined them, they ventured into round bale silage and built up the business.

During the 1990s, the business registered as a limited company but did carry out work fifteen years before this date.

David (30), has been involved in the business for 15 years but took up a full-time operator supervisor and company secretary position with the firm in the last five years and his wife, Sarah, carries out book-keeping for the business.

“I grew up with agricultural contracting. I used to go around in the tractors with my uncles and father; it is bred into you,” David Tyrell told That’s Farming.

“We used to have cattle years ago but got out of it as it got too busy at agricultural contracting. I felt it was too hard to look after them, and then also myself and my brother went travelling years ago.”

In 2009, David studied agricultural mechanisation at Pallaskenry Agricultural College. He worked as a combine and truck operator during the grain harvest in America for nine months as part of his placement.

When he returned home, he spent a year in the family business and then, in 2012, made a trip to Australia for two years to a grain and sheep farm where he drove a combine, and a digger in the mines in his second year.

He came home in 2014 and has been an operator in the business since.

The firm employs three full-time staff and three part-time workers, serving a 15-20-mile-radius from its base.

It built up its customer base through word of mouth, with 90% of clients returning for repeat business.

“We would be strict on the work we do. I feel you have to do it right and tidy and on time. I suppose, especially with the baling service, there would be no messing with bale wrap.”

David outlined that the business secured a large volume of plant hire contracts last year compared to other years.

In addition to this, they carry out work for Axe Forestry Limited in Roscommon and James’s brother, John, a builder.

The business set up its plant hire arm twenty years ago with a Poclain digger, a Zetor 8111 tractor, a Zetor 12145 tractor, a Renault Ceres 85 tractor, a low loader, and a dump trailer. 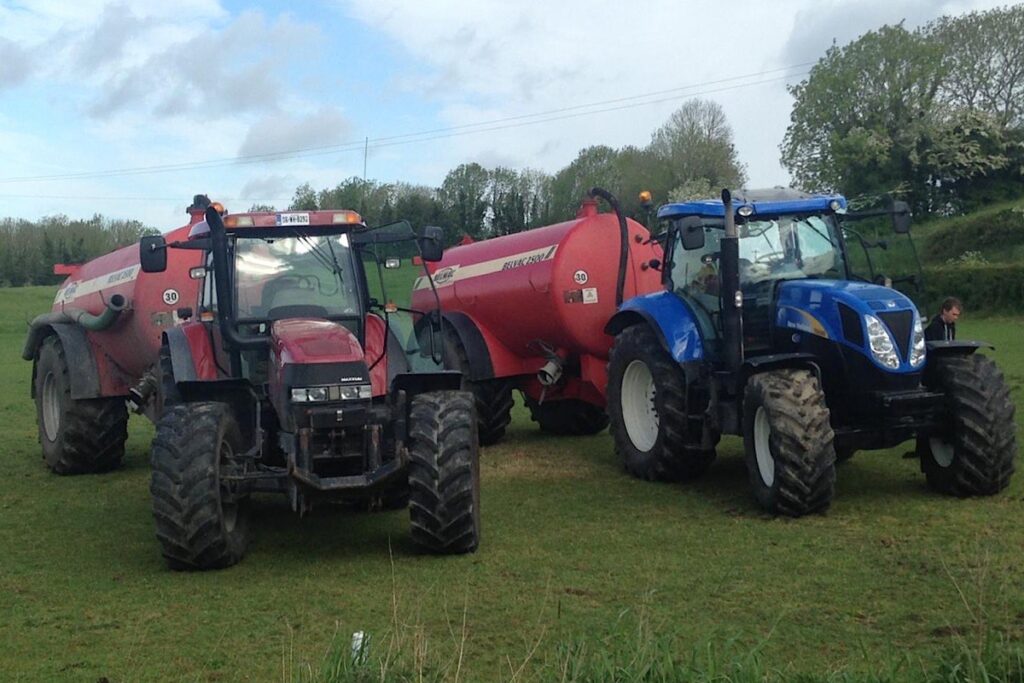 “I remember years ago, we made 32,000 bales, but I suppose now there are a lot more balers around us too.”

Slurry spreading is the company’s next biggest service, with 50% of their silage clients availing of this service.

The business invested in its first dribble bar six years ago when it received a query from a dairy farmer.

“The dribble bar probably did open up more slurry spreading work. However, customers are utilising their slurry better with it as well. I suppose they are not just throwing it out as you can spread it onto paddocks.”

“I know dairy farmers are very good for measuring grass, and I also see a lot of beef farmers using it. Moreover, I suppose with fertiliser prices, they are utilising slurry better.” 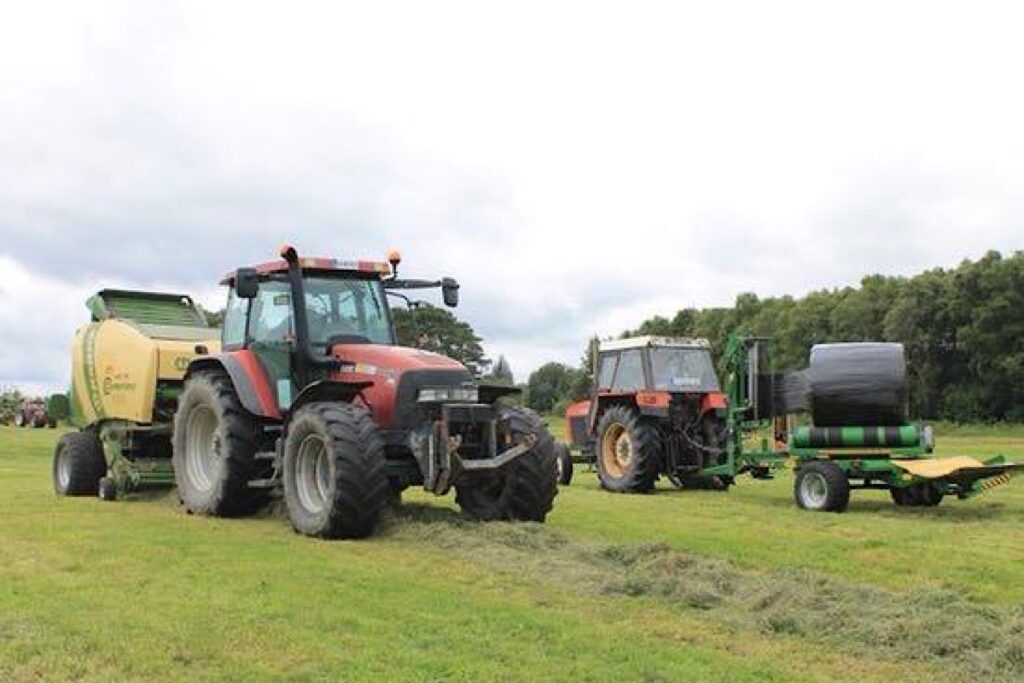 David’s brother, Shane, is a mechanic and works with Sean Shortall Mobile Truck & Plant Repairs and maintains all the machines they cannot fix themselves.

“My brother is brilliant, and without him, many machines would not be going.”

Other items include a Sulky fertiliser spreader, shaker, a double bale hander, a soft hands, a Hitachi ZX135 digger and a New Holland E135B excavator. 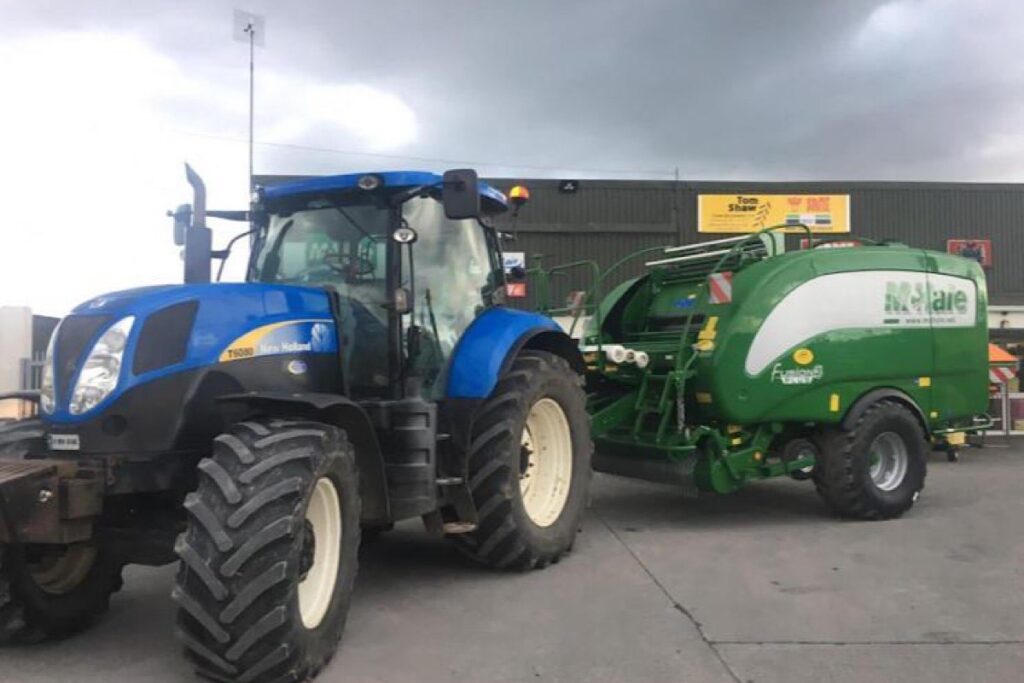 “We are lucky enough that our workers are all nearly family, and we have a big family.”

“I heard a lot of people giving out about the silage scheme but is it not better than them giving you nothing.”

“I think if they do something about the green diesel, it would be a better help to us if they took away that carbon tax.” 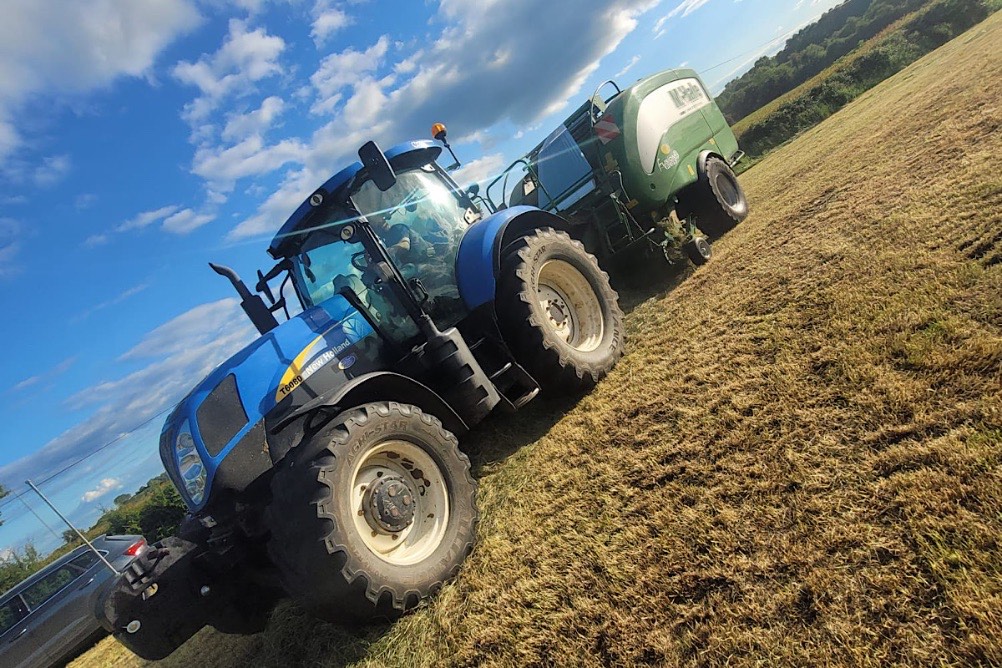 The business intends to continue current operations with the hope to expand the plant hire service in five years.

Commenting on the future of Irish agricultural contracting, David said:

“In contrast, I suppose years ago, when I was in school, everyone wanted to go and drive tractors but not anymore.”

“I do not think they like the hours and the work, but the work is going to have to be done somehow,” the agricultural contractor concluded.

- Advertisement -
Previous article
Man (60s) dies in Kerry farm accident
Next article
Cull cows to €2,550 and ewe and lamb pairs to €346 at Raphoe