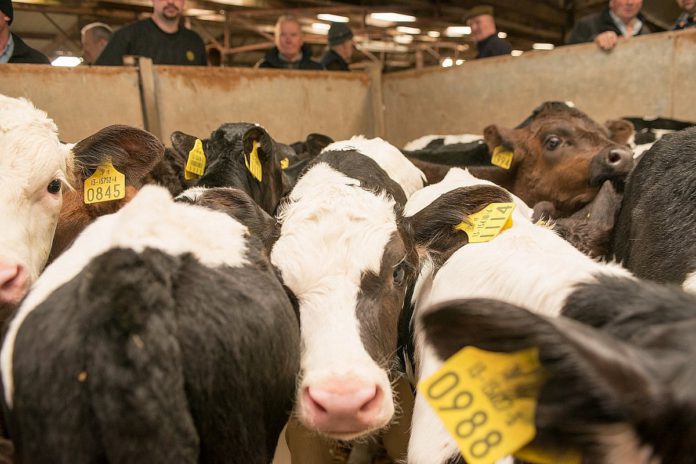 Bóthar is asking farmers to donate a Friesian heifer calf that can be reared as part of its spring calf appeal.

In approximately 18 months’ time, the then in-calf heifers, will be sent to struggling families in Africa and Eastern Europe. Each of these families, that receive the gift of an Irish dairy heifer, agrees to pass-on the first-born female calf to another needy family.

Difference made by a dairy cow

Every family that receives an Irish dairy cow notices an immediate difference in their lives when their heifer calves and starts to produce milk, according to the charity.

Irish dairy cows give up to 20 litres of milk per day, whereas, for example in Rwanda, the local, indigenous cow produces just one litre per day. The income earned from the sale of surplus milk means better health, a better standard of living and better education prospects.

Appeal organiser, Pat Mullins, recently visited the charity’s dairy cow projects in Rwanda with a farmer from Kerry, Tim Moynihan, who was there to see the difference his gift of a dairy cow had made.

“The minute he saw her, he knew she was once his and her calf the same.”

“When a farmer donates an animal, they know that their cow is going to make a difference, but I think it’s heartening to see just how much of a transformation a cow makes.”

Last year, over 50 farmers pledged calves through this appeal. Over the last seven years, just over 600 calves have been donated to the ‘spring calf appeal’, according to the charity.

If you would like to donate a dairy calf to Bóthar, please contact Pat Mullins, Bóthar on Freephone 1800 268 463 or email: patmullins@bothar.ie