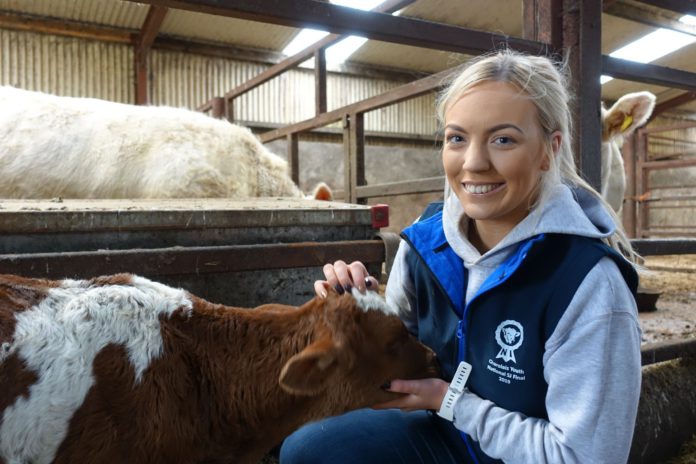 The first calves being born at the McGovern’s farm near Clogher. Sean and the girls are up at 4am to assist with a calving case.

It turns out she’s having twins, so he ensures the second calf is delivered safely. These new bull calves are especially important as the McGoverns lost prize animals the previous year due to a TB outbreak.

Speaking about the particular animal, Sean comments, “Four calves in two years is one of the better stories.”

Valentine and Chris Hodges are checking on their bees at Greyabbey. The unseasonably warm weather is causing problems for the bees. They are out flying but the right flowers aren’t out yet.

They are having to add special bee food to the hives, so the bees don’t run low on energy.

Sean Maquire, a progressive farmer with a suckler herd, and who also breeds bulls up to 16 months also features in this episode.

An only child, the Fermanagh native farms with his mum Margaret, who has encouraged him to take on more responsibility on the farm since his dad passed away over 20 years ago, when Sean was just 16.

Sean too has a cow in-calf, and with the feet already visible, he’s happy to let nature takes its course. He comments, “The least intervention the better, we’ll leave her to it now.”

While the calving went smoothly, when Sean returns to the new-born, he discovers that the calf is struggling to get its first milk. He pointed out that time spent now helping it along, saves time and money in the long run.

Meanwhile in Crossgar, Robbie Neill and his vet are scanning sows; Clarissa, Martha, Lady and Clare for pregnancies. Three of the four are pregnant and Robbie is hopeful that the fourth sow will soon be pregnant. She’s a rare blood line that he bought in from Devon.

Mark McConnell is helping his dad Phillip at his farm on the Belfast Hills near Glengormley. He has 650-acres and they have farmed there for four generations.

They are rearing 450 cattle to sell on to other farmers.  Mark discusses the mart trade, “Whatever the trade prices are, you have to take what you can get.”

His cows will be calving right into summer. He administers vitamins and mineral to the in-calf cows to help the calves when they are born. He says, “If you do a bit of work now, it pays off as the calves are stronger.”