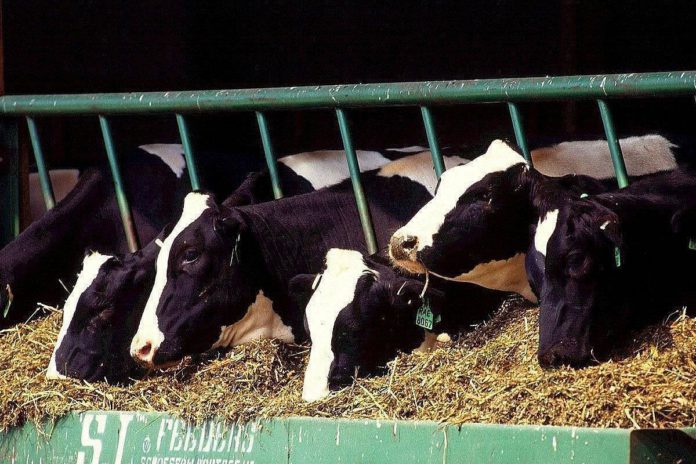 Fodder deficits on 10% of farms – survey

Over the last number of weeks, Teagasc advisors have completed almost 700 winter fodder budgets for drystock and dairy farmers nationwide.

The state agency said this was carried out as part of a new initiative to promote better feed security planning on livestock farms.

Budgets were completed using the fodder planning function in PastureBase Ireland and were collated by region:

Table 1 presents the data by region and farm enterprise.

It shows that dairy farms in the Midland North East region have a small deficit of 3.8% overall, equivalent to 6 days feeding in winter.

This, Teagasc outlined, is consistent with the emergence of a short-term drought issue earlier in the summer; nonetheless drystock farms in this region have remained in surplus.

All other regions report that farms in both enterprise categories have surplus feed, on average.

Previous experience of fodder shortages has shown that farms with deficits of greater than 20% at onset of winter face significant practical and financial difficulties feeding their stock.

Despite the overall positive position reported in this survey, 9% of dairy farms had a deficit greater than 20% of winter requirements.

There was no clear pattern of scale, location or enterprise to characterise farms with greater than 20% feed deficits, Teagasc added.

This indicates that individual farm management decisions, and not weather or land-type issues, may be the primary factor determining feed budget balances.

“It is unlikely that farms with feed deficits will face significant fodder availability problems this year given the national situation; however, there is a significant risk to feed security in years of adverse weather conditions.”

It is recommended that farms in this situation develop plans to improve fodder balances by improving pasture productivity and adjusting whole-farm stocking rate, Teagasc added.

‘Most farms in relatively good position’

Commenting on the results of the survey, Joe Patton, Teagasc Ruminant Nutrition Specialist said: “The survey shows that most farms are in relatively good position at the moment.”

“The early summer drought impacted east Leinster dairy farms to some degree, but it is very manageable.”

Teagasc recommends carrying a rolling winter feed surplus of 25-30% to insulate against weather shocks and many farms are near that level.

“We still have a cohort struggling to balance the books for winter feed in a good year. It is very important that these farms take steps to improve their long-term position.”

Micheal O’Leary, Teagasc PastureBase said: “Silage makes up about a quarter to one-third of total annual feed on most livestock farms, so it is vital to plan ahead.”

“The fodder budgeting function on PastureBase Ireland is a useful tool to help grassland farmers complete their feed budgets.”

“It is worth considering, even if you are not currently measuring grass. Grass growth is good at present so farmers should take the opportunity to bolster feed reserves by taking out surplus silage, in line with grass cover targets for this time of year.”

Dermot McCarthy, Head of the Teagasc Advisory service said; “Having enough winter feed in the yard is a cornerstone of good livestock farming.”

“This year’s fodder survey reports a positive position nationally, but as always, there is large variation around the average.”

“We would encourage more farmers to complete their own fodder budgets each year, especially where farming circumstances are changing.”

“Teagasc advisors are available to help. Finally, Teagasc would like to thank the farmers who participated in the survey.”

- Advertisement -
Previous article
VIDEO: €3,700 for LMX cow with bull calf at foot at Manorhamilton
Next article
Reports that beef prices could be back by 5-10c/kg next week