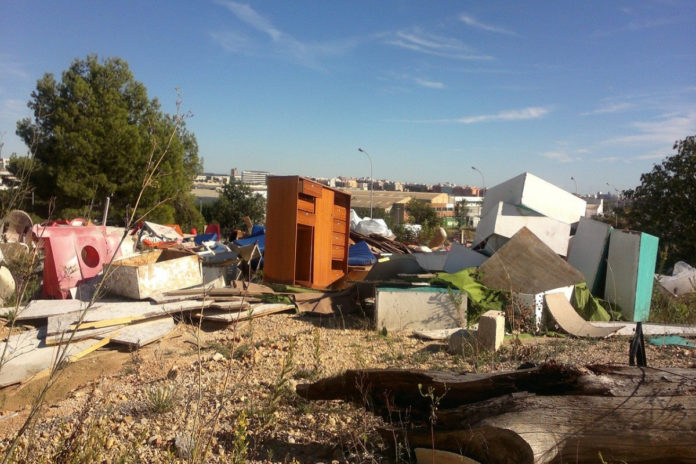 Fly-tipping ‘spiralled out of control’

The Ulster Farmers’ Union (UFU) has called for action to be taken in order to protect the countryside from fly-tipping.

The organisation said that the illegal activity has spiralled out of control.

Commenting on the matter, UFU deputy president, Victor, Chestnutt said, “Fly-tipping has become the scourge of the countryside. It’s dangerous to human health and is harmful to livestock and wildlife. There have been issues in the past where fly-tipping waste polluted watercourses and contaminated land.”

“It’s disappointing that some individuals think it’s acceptable to leave their waste including scrap timber, worn tyres and in some cases the carcasses of dead and rotting animals, for others to dispose of. Removing fly-tipping waste is both costly and time consuming for farmers and other landowners.”

The coronavirus pandemic has meant, with people stuck at home, a higher number of people are carrying out spring cleaning and maintenance tasks around the home.

It has also caused recycling centres to close down, meaning householders have to retain waste material or pass it on to licensed carrier for appropriate disposal.

“Householders should ensure they make use of authorised waste disposal operators if their waste level exceeds the limits of domestic waste collection services. No one wants to deal with anyone else’s mess so please do your bit to dispose of your waste correctly.”

“The UFU will continue to engage with other stakeholders to ensure that Northern Ireland’s waste permitting regime is strengthened appropriately. Work is also on-going so that further consultation occurs regarding any waste exemptions regime which can often be used to hide waste crime,” Chestnutt concluded.

The UFU advise the public to report all incidences of fly-tipping to their local council who can investigate the incident and hold guilty parties accountable for their actions. They may also involve the Northern Ireland Environment Agency (NIEA) in their investigation.