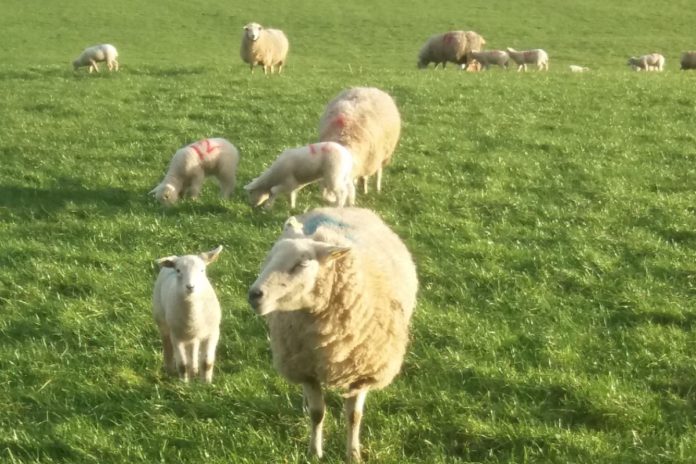 Donal Mac lists his favourite five signs of summer: the cherry blossom, tulips, the bluebell’s flowering, lambs and calves in fields, and the swallow’s return.

The winter is over:

So, the winter is officially over. Now that the clocks have gone forward, we are officially in summertime. Yet, the weather would indicate anything but summer at the minute.

The frosty arctic conditions of the last week have left many of us reaching for our woolly overcoats again.  April tends to do that, though, doesn’t it?

It teases us with a hint of summer and then throws us right back into the depths of winter. But like the bird that sings in the darkest hour before the dawn, there are signs everywhere that an end is in sight and that summer is indeed just around the corner.

Just as the lark and the thrush foretell the imminent sunrise, nature shows us little signs in winterish early April that spring is indeed with us.

And as more and more of these signs make themselves apparent to us, summer feels that little bit closer.

Here are my top 5 favourite signs that summer is coming:

One of the first trees to flower, it always seems to me that the cherry blossom bursts into flower almost overnight. 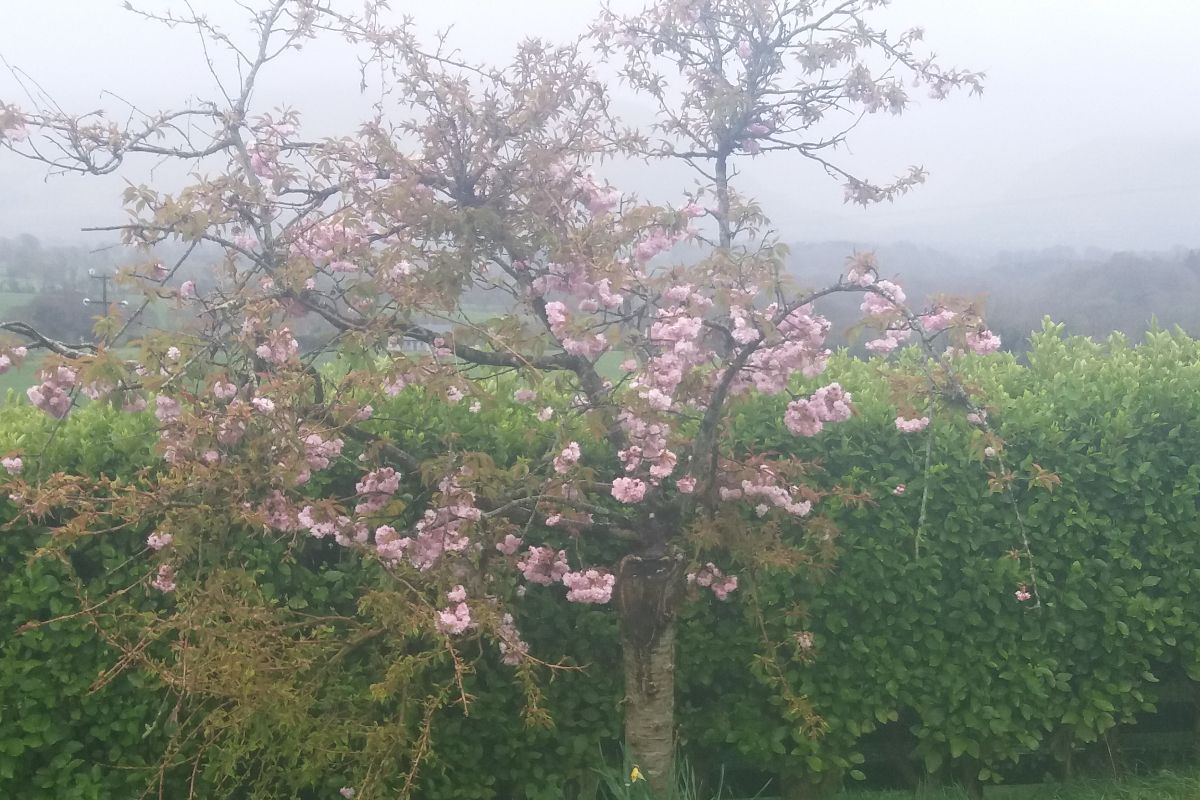 The tulip traditionally blooms in early April in Ireland, and with Easter falling in early April this year, the tulip display has been spectacular. The tulip has an uncanny ability to go from a green bulb to an outrageous display of floral colour when there are a few sunny days in early April.

This hardy perennial usually flowers a little later than the Cherry blossom and the tulip. Walking on any unshaded, south-facing woodland slopes this week, we can spot early bluebells bolting for the sun before the trees display their full cover of leaves.

There are good reasons why animals have evolved to give birth to their young in spring. There is a much more plentiful supply of food, the weather is getting warmer, and summer is on the way. 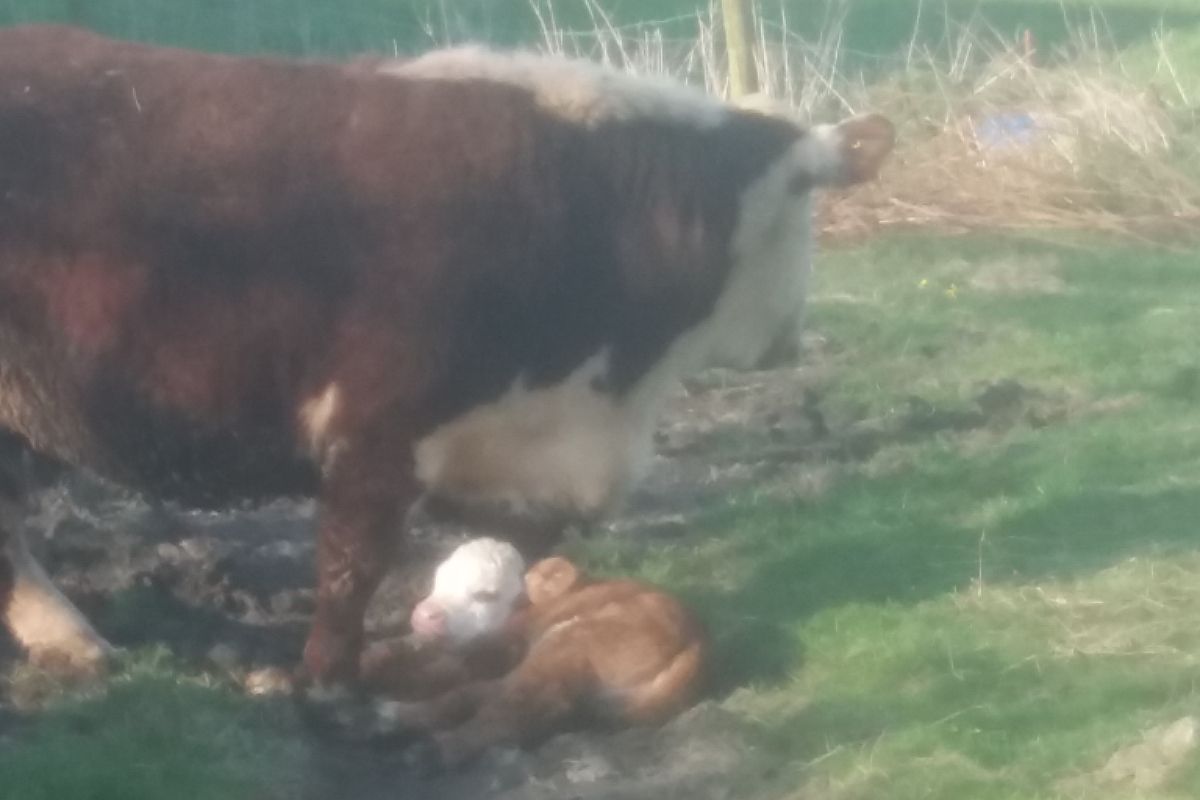 For me, the top reason for optimism about the coming of summer is the return of the swallow. The swallow or an Fáinleog returns from Africa in April, having travelled 6,000 miles to get here.

During its time here, it will raise between 2 and 4 families of chicks. This incredible little bird has always held a fascination for Irish people. I have an elderly neighbour who leaves his barn doors open from mid-March in anticipation of their arrival.

I have heard people complain about the constant twittering of swallows taking over their sheds in Summer, and it baffles me. Considering the obstacles these birds have encountered since they were last here in September, we should be throwing open our farmyards to them.

Weighing in at 25 grams with a length of 20 cm, this little powerhouse is recognised by its tail streamers and forked tail.

They feed on insects while in flight. The male has longer tail streamers than the female. They discreetly nest in the eaves of sheds and barns, returning to the same nest for up to 15 years. (It might be a different pair of swallows as their average lifespan is between 4 and 5 years). 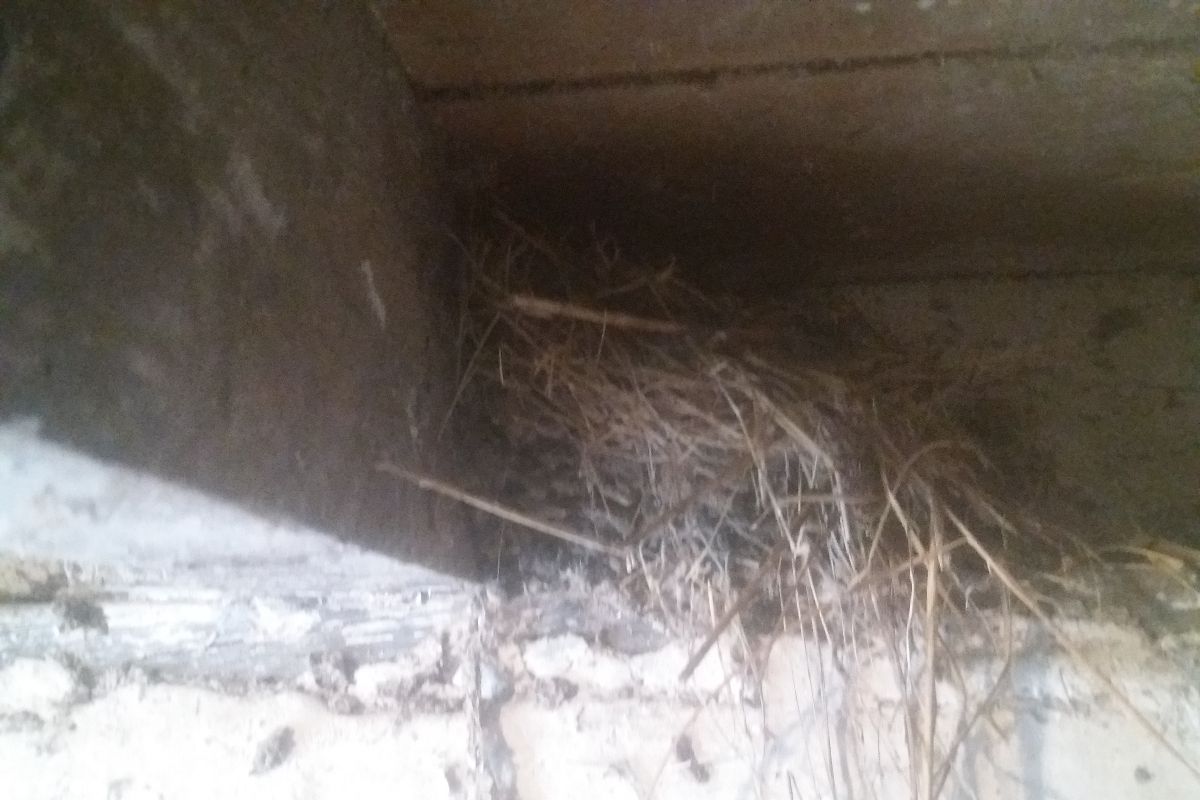 Myths about the swallow:

Learned scholars explained their winter disappearance from Europe by claiming they wintered at the bottom of lakes. Nowadays, of course, we understand that it migrates to warmer climes to the south, returning for our Summer months.

The swallow has always been a harbinger of good luck. In times past, if a sailor encountered one at sea, it was considered a good omen as land would not be far off.

A barn inhabited by swallows was considered free from the risk of lightning and the farmer’s animals immune to disease.

On the other hand, the myth existed that to interfere with a swallow’s nest was to invite a month of continuous rainfall.  It was also a sure way of drying up the cows on a farm. 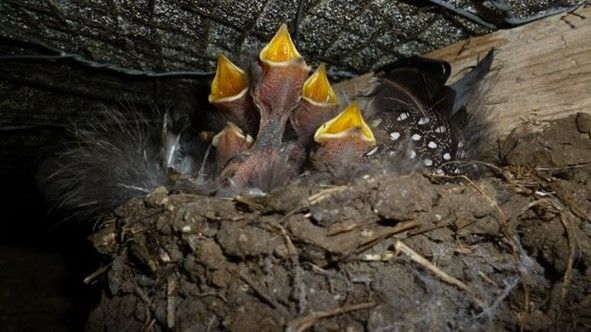 Considering the work that goes into its construction, it is not surprising that much reverence is attached to the swallow’s nest. This distinctive mud bowl structure is repaired in the spring by a mating couple.

The pair make hundreds of trips to gather the materials needed to make a safe place for their eggs to hatch.  The female will incubate the eggs (of which there are 4 or 5) for 15 days.

Then, the pair will set about feeding the chicks with insects for 21 days, often up to 400 times a day.

After three weeks, they will leave the nest and be fed by the adults for a few days more and then fend for themselves. The adults will then set about breeding a second brood and may produce four broods in one Summer.

Next September, as the evenings draw in, our little chirping friends will once again gather on the wires above us. They will signal that autumn is truly upon us. But we have 5 or 6 months of their company to enjoy in the meantime.

Keep a lookout for their swooping to the ground picking off low-flying insects. This is sure to indicate an April evening shower in the weeks ahead.

Look overhead also because to see a swallow fly over your home is considered by many as a sign of good luck.  (Indeed, in the past, upon seeing the year’s first swallow, it was customary to wash one’s eyes immediately as the sighting would heal all eye ailments of the observer).  So take time in the next few weeks to “meditate upon a swallow’s flight” (W.B.Yeats).

Marvel at their resilience and strength. Think of the stories they could tell of places they have been since they last chirped on your telephone wires.

Let’s leave our barn doors open. Hopefully in the next few weeks, this delightful little creature will swoop in and make itself and its family a home with us.

I am still waiting for my first sighting. When it does happen, I will greet our amazing little friends and know that summer is just around the corner.