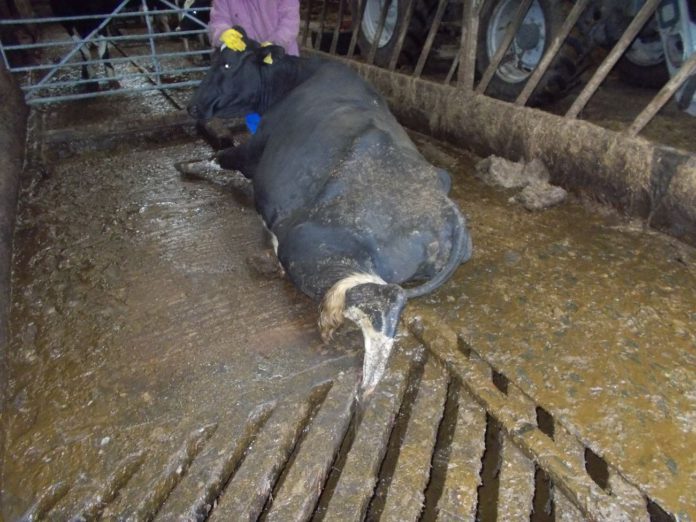 Firefighters rescue cow after getting stuck in grating

A Friesian cow was rescued by firefighters in the UK in recent days.

The incident occurred in a shed in the Blackden Lane, Siddington vicinity on Monday morning (October 12th).

A spokesperson for Cheshire Fire and Rescue Services said: “Firefighters were called to a farm in Blackden Lane, Siddington following reports of a cow’s hoof being stuck in a cattle grid.”

“Crews attended along with a local vet and safely rescued the cow from the cattle grid. They were in attendance for around an hour.”

“This cow had a lucky escape after getting her hoof stuck in grating. She was rescued by firefighters from Macclesfield Fire Station and Lymm Fire Station and fortunately, only suffered a couple of cuts.”