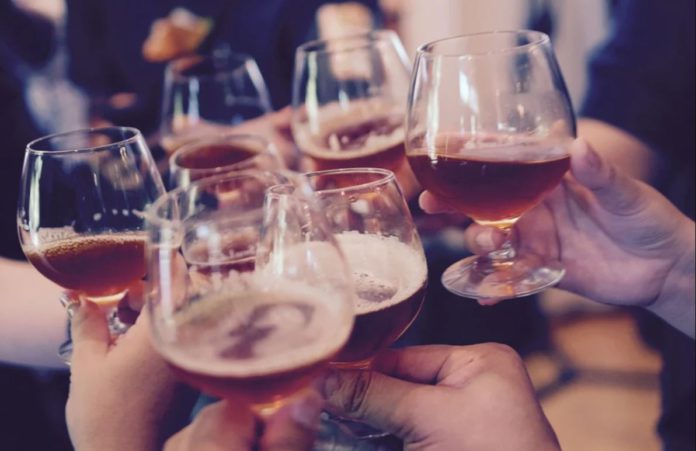 74% of male farmers have four, or more, risk factors for cardiovascular disease.

That is according to a new major study of farmer’s health, which was published on Thursday (June 18th), as part of Men’s Health Week.

Farmers are three times more likely to have an acute cardiac event (stroke or heart attack) compared to those with fewer risk factors, the study found.

75% of all farmers participating in the research were advised to visit their GP to get further support and advice.

The lead author of the study, Diana van Doorn, a PhD Walsh Scholar at Teagasc and the National Centre for Men’s Health at IT Carlow, said that whilst the top line figures paint a worrying picture, there are positives.

“We found that the majority of farmers reported having visited their GP in the past year, fewer farmers smoke or drink compared to the general population and farmers, by virtue of their occupation, get a lot of physical activity. There are, however, areas of concern identified by the study.”

These findings come from a study involving Teagasc, the National Centre for Men’s Health (NCMH) at IT Carlow, the Irish Heart Foundation, Glanbia Ireland, the HSE and UCD College of Health and Agricultural Sciences that saw 868 male farmers undergo health checks in marts and Glanbia Ireland Agribusiness branches across the south, east and midlands.

Dr David Meredith, Teagasc, highlighted that, internationally, there are few studies of this scale. “With over 800 farmers participating in the health checks and the trial phase, this gives us insights not only into the health of farmers, in general, but also how demographic and social characteristics influence health.”

Professor Catherine Blake, UCD College of Health and Agricultural Sciences stressed that: “This level of research is necessary to undertake robust scientific analysis, identify what works and develop evidence-based recommendations and solutions.”

A number of the findings are of particular concern, according to the state agency.

Results show that the majority of farmers (85.9%) are living with either overweight or obesity.

Marese Damery, health check manager/health promotion, Irish Heart Foundation said: “We have seen already through the Covid-19 crisis that one out of every two patients presenting to intensive care units have serious heart conditions with more men than women becoming critically ill.”

“This research has shown that farmers have multiple heart and stroke risk factors and really highlights the importance of providing farmers and men, in general, with local access to health checks and interventions programmes.”

Teagasc Director, Professor Gerry Boyle stated: “One of the striking results is that one in three farmers (34.9%) scored ‘poor’ or ‘below average’ on a self-administered short well-being measurement scale.”

Commenting on the results of the study, Seán Molloy, chief agribusiness growth officer at Glanbia Ireland, said: “Our business aims to make a difference in the communities in which we operate, so we were pleased to support this programme which has had an important role to play in raising awareness of health and physical well-being issues amongst our farming community.”

Other findings from the study indicate that farmers utilise GP services in response to ill-health rather than to prevent risk factors for disease.

Commenting on this, vice-president for development and research at Institute of Technology Carlow, Declan Doyle noted: “The findings underline the importance of working in partnership to engage and support farmers to take increased responsibility for their own health.”

In relation to eating habits, the majority of farmers (72.1%) reported consuming salty and/or sugary snacks on a daily basis which is higher than the national average of 34% (not gender-specific).

One in five farmers (21.9%) reported consuming deep-fried food three, or more times a week, and most (79.3%) reported not meeting the recommended daily intake of 5 or more portions of fruit and vegetables. This is higher than 70% of the national population of Irish males.

Dr John McNamara, Teagasc health and safety specialist, stated that the results of this research will yield valuable knowledge on ways to promote cardiovascular health among farmers’ he appealed to farmers to give cardiovascular disease prevention immediate attention.

“Don’t put off going to the doctor or taking the first steps to a healthier lifestyle. Do it today.” he concluded.