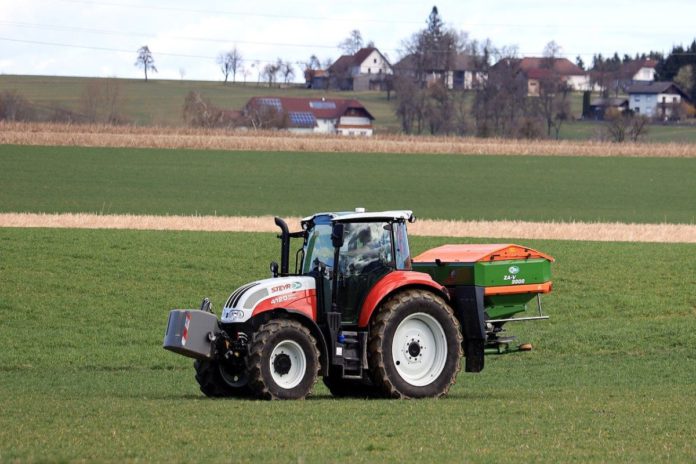 IFA leader, Tim Cullinan, has met the Cabinet of Trade Commissioner Dombrovskis to address the crisis in the fertiliser sector.

He also communicated the COPA request for a suspension of anti-dumping duties on imports of liquid fertiliser, UAN.

He said that Irish farmers have seen the price of UAN increase by 228% since last year, with “urea now quoted at €860/t”.

The farm group has “consistently pointed out” the lack of competition in the European fertiliser market.

“This is exacerbated by the Commission’s decision to apply anti-dumping measures on nitrogen fertiliser imports, further restricting the market.

“The current high natural gas prices have impacted production and availability. Just when farmers are hurting most, we read about YARA delivering improved returns reflecting higher prices in the third quarter,” he said.

“The margins the European manufacturing industry have earned in the last number of years are disproportionate to those earned outside Europe.”

Cullinan urged Commission officials to act “immediately” and initiate an investigation on the UAN anti-dumping duty.

As COPA first vice-president, he pointed out that French arable farmers consumed 50% of this fertiliser.

“I welcome the offer from the Commission for a public hearing on this issue with COPA,” said Cullinan.

They reassured him of the urgency with which they are treating the COPA request but that it was “a very complex procedure that required due diligence”.

Its president, Pat McCormack, acknowledged that output prices for most farm commodities have increased during 2021.

However, he said an “across-the-board surge” in farm input is “completely wiping out” these “long-overdue” price increases.

He believes “by far” the most concerning rise in price is fertiliser, which “seems to be increasing by multiples”.

The farm leader called for immediate action at EU Commission level to reduce the cost of fertiliser. Read news article.