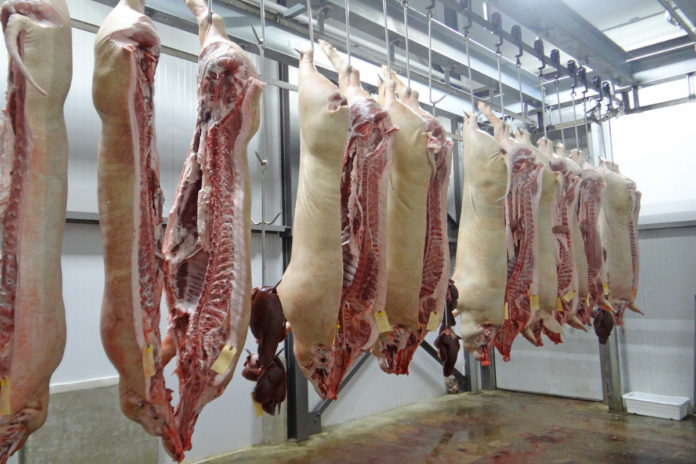 Feeding the country as ‘essential as healthcare’

Concerns have been raised over the supply of food in the U.S. during the coronavirus pandemic, following a number of meat processors ceasing production in the interest of staff safety.

Tyson Foods, a meat processing company in the US, has stated that “the food supply chain is breaking” and government intervention is needed.

The meat processor recently invested in a full-page advertisement in a number of news publications to raise awareness over the help that is needed to maintain a steady supply of food to the American public during these difficult times.

The company warned that a continued production stoppage would result in “millions of pounds of meat” disappearing from the supply chain. They are also concerned that a fall in the supply of food would lead to prices increasing to an unsustainable level.

In the newspaper advertisement, John H. Tyson, chairman of the company’s executive board, said: “We have a responsibility to feed our country. It is as essential as healthcare. This is a challenge that should not be ignored.”

“Our plants must remain operational so that we can supply food to our families in America. This is a delicate balance because Tyson Foods places team member safety as our top priority.”

Despite their efforts to protect employees and sustain production, the company has recently closed its largest processing plant, located in Iowa, due to a combination of employee absenteeism, COVID-19 cases and community concerns.

At least 13 processing plants in the U.S.A. have ceased production since March, according to United Food and Commercial Workers International Union, which represents more than 350,000 workers in the meatpacking and manufacturing industries.

The American meat industry has been calling for government assistance as these slaughterhouses closed. The Tyson Foods ad urged “government bodies at the national, state, county and city levels” to find ways to help the industry through the pandemic and allow staff to return to work without “fear, panic or worry”.

“What gave us faith and what gives me faith today is knowing that together, we will find the right path to take care of our team members and our communities, while providing safe and healthy food for you, our consumer,” the advertisement concluded.

The president of the United States, Donald Trump, responded to the recent calls for help and said he is working with Tyson Foods to create a solution to this problem.

Trump has agreed to sign an executive order, which will attempt to stave off a shortage of chicken, pork and other meat on U.S. supermarket shelves because of the coronavirus.

It will use the Defense Production Act to classify meat processing as a critical infrastructure to keep production plants open during the current crisis.