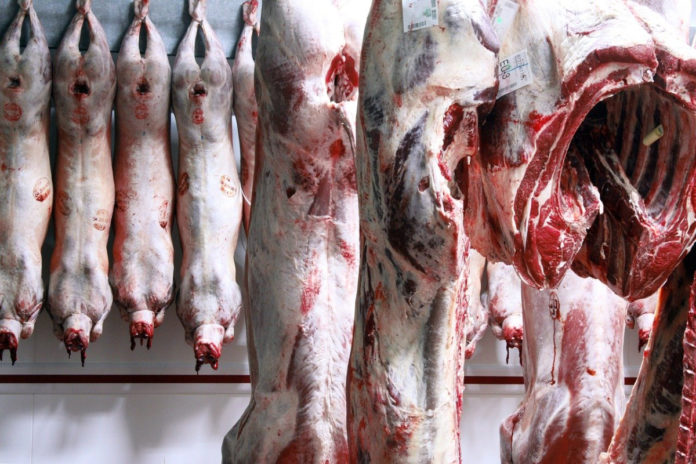 Representatives from Unite the Union have raised their concerns over the clusters of COVID-19 cases being reported in meat packing facilities across Northern Ireland.

Unite have stated that the problem has reached the point of needing an immediate intervention from government officials.

They fear that the sites in Northern Ireland could experience similar outbreaks to those in the USA and Brazil where tens of thousands of workers have contracted the virus, with a number of the passing away as a result of the pandemic.

Davy Kettyles, Senior Organiser for Unite, has called on the Northern Ireland Executive to urgently bring forward a number of measures that would control the growing number of clusters of COVID-19 cases across the meatpacking industry.

Kettyles’ call comes after employees, represented by Unite the Union and working in Linden Food’s site in Dungannon, reported that the number of confirmed cases was continuously growing.

“We understand from workers that at least seven Covid-19 cases have been confirmed at the Linden Foods site. The workers are hugely concerned for their safety. We are also hearing of similar reports at a number of other sites,” he said.

“The absence of speedy action has led to a Covid-19 crisis in our care homes – now we are facing a similar outcome in the meatpacking sector. In the USA, more than ten thousand meat workers have tested positive for Covid-19 with at least 45 fatalities – the situation in Brazil is reportedly even worse but due to the absence of testing is unquantified.”

“In the Republic, we have seen outbreak control teams sent to deal with clusters, but the Northern Ireland Executive has done nothing.”

He continued to report that Linden Foods have stated that they are complying with Public Health Agency guidelines, but Kettyles believes these guidelines do not provide adequate protection for workers.

“We urgently need to see the Northern Ireland Executive establish a taskforce to tackle clusters and the enforcement of adequate infection control procedures for the entire food processing sector, in particular the meat sector.”

“This must include, at a minimum, measures such as the immediate roll-out of testing for all workers in this sector, and their families, with a swift turnaround on results, and immediate measures to stop the spread up to and including the temporary closure of plants while testing is conducted with workers receiving full pay for the duration”, Mr Kettyles concluded.