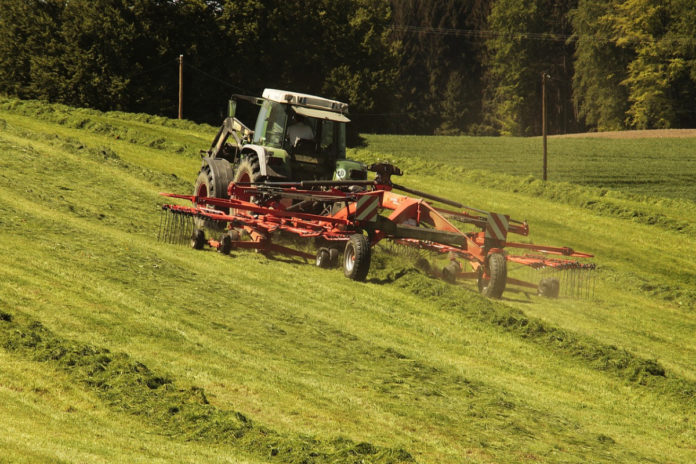 The Association of Farm & Forestry Contractors in Ireland (FCI) has stressed the need for a clampdown on Northern Ireland Contractors working in the Republic during times of Covid-19 restrictions.

The association have also asked the state to intervene in the May 1st increase of the carbon tax, from €20/tonne to €26/tonne.

Michael Moroney, CEO of FCI, spoke to That’s Farming about the issue of border-crossing within the agricultural contracting industry during the current pandemic.

He said it was very much one-way traffic and could harm the efforts of the Irish people in controlling the virus within our own state.

“There has always been quite a bit of movement, mainly in one direction from the north to the Republic. That has been ongoing for a number of years.”

“The reason that we raised the issue was because of the time of the foot and mouth all that activity was cancelled.”

“As a result of that, we felt that it was important, in an effort to contain the virus, that the same kind of regulations be put in place for 2020.”

“Especially coming up to the silage season where there could be 25 or 30 silage contractor outfits operating in the Republic, which could be up to 300 people.”

“At a time when we’re all being asked to not move more than 2km, it would be a sensible thing to restrict that movement.”

There currently is no barrier for movement between the two states for agricultural contractors and the FCI would like for that to monitored and controlled in order to minimise the risk for both farmers and contractors.

“We encourage farmers to make a choice whereby they would discourage Northern Irish contractors coming into the Republic. There’s a potential that it could be received badly in the north, but national health is the priority at the moment.”

“So, their effort of opening up their country a little bit is conditional on not opening up a border with another country. That’s what we would expect to be part and parcel of the situation here in Ireland.”

Moroney told That’s Farming that the uptake in Covid-19 measures within the contracting community have been encouraging and he commended those that are doing their best to keep all those involved safe.

“Early on, when we became aware that there was an issue, we very quickly got information out to our members about disinfecting tractors and the protocol for them to adhere to. The uptake in that was very positive.”

With carbon tax due to increase on the proposed date of May 1st, many contractors around the country are worried about the effect this will have on their income and business. The FCI CEO said they are trying all they can to create a “fairer playing field” for contractors, especially during the current situation.

“We are very conscious that contractors could experience a difficult period for cash flow, for a number of reasons. Not only that farming is under pressure, but for the simple reason of adhering to guidelines.”

“Some contractors are finding it difficult to collect payments because they are reluctant to go into farm-houses and are advised not to do it.”

“Some farmers are not using online payment systems, so we have to encourage customers to try other means of making payments, but it doesn’t work for everybody, especially older customers.”

There has yet to be a decision made at a state-level on changes for the carbon tax, but Moroney is aware that it is on the agenda for upcoming meetings.

“We’re concerned because contractors, generally speaking, provide a huge level of credit to their farm customer. Credit, in any world, costs a lot of money.”

“By adding a cost in terms of the carbon tax is going to cost an additional 1.5c/L. All this is doing is increasing the level of debt that a contractor will have among their farming customers because it will be more difficult to pay at a time when contractors need a good level of cash flow.”

“We think it’s only fair and balanced that contractors, who are doing most of their work for agricultural activity on farms, will have access to the same double-deduction for carbon tax that is already offered to farmers.”

“I think that’s fair and equitable and that is what we’re looking for – equity among all the groups,” he concluded.