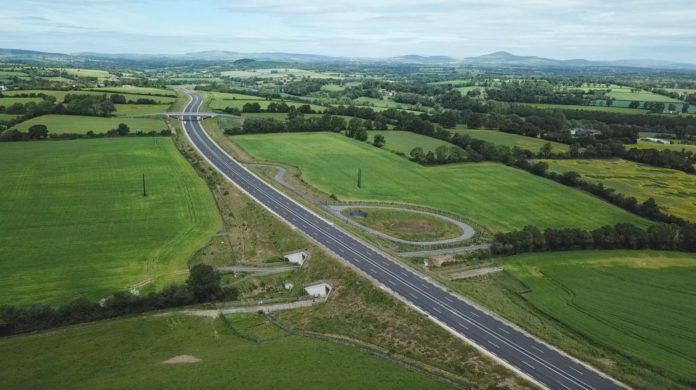 VIDEO: Is a proposed road planned to pass through your land?

When a farmer first realises that a proposed road will go straight through his/her farm, it can be a harrowing experience. Thankfully, there is help available for affected landowners. FBA Consultants is a well-established family firm based in the North Cork town of Fermoy.

They have just released a new online video that includes two testimonial farmers. They were affected by different road developments in their respective areas.

Cecil Masterson, a beef and tillage farmer at Kilcannon, Enniscorthy features in the video. He explains how he realised that the N11 Gorey to Enniscorthy road would split his land into two.

He contacted a relation, who had been severely affected by a motorway in Kildare. His relation immediately referred him to Dick and Denis Collins of FBA Consultants.

From this point onwards, the Cork men guided Cecil through the process right to the very end. He knew his case was a difficult one as he needed an underpass. However, the FBA team were highly effective and got him a satisfactory result.

Johann Hoff, a dairy farmer, also tells his story about how his farm was affected by the New Ross by-pass.

Initially, he feared for his future in dairying as their entire business was put at risk.

He had made significant investments in the farm in the previous years and felt that it would all be for nothing.

He contacted FBA Consultants based on the recommendations received from landowners who had been through the same experience.

Johann explains that at the design stage, F.B.A. Consultants identified the best access solutions and mitigation measures for his situation and addressed his concerns with the County Council officials.

FBA prepared a robust objection for Johann when the C.P.O. was published and prepared a strong case at the oral hearing.

Before any money was discussed, FBA had secured and agreed a list of accommodation works with the county council to reduce the impact on his farm. This alone was a huge relief to Johann. F.B.A. made sure he was part of the process from the beginning.

F.B.A. Consultants has been intensively involved in all types of negotiations relating to compensation, primarily for landowners affected by major road schemes throughout the country.

Since its foundation, Farm Business Advisers Ltd. has acted as Agents for C.P.O. land acquisition claimants and represented landowners on several independent assessments and arbitrations.

If you are affected by any road or infrastructural project, contact FBA Consultants. Phone: 025 31244 or email info@fba.ie