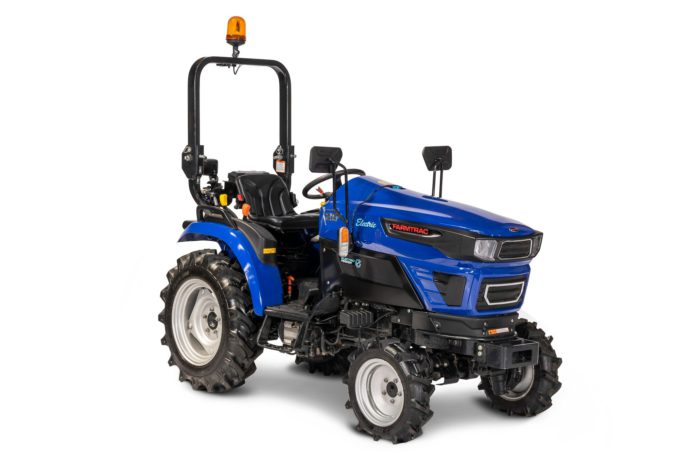 Industry’s ‘only’ all-electric tractor: ‘It’ll give you 6-7 hours of hard work’

Farmtrac’s FT25G, the “industry’s only” all-electric tractor, will feature at Fully Charged LIVE UK for the first time this September.

Last year, the FT25G appeared in an episode of Fully Charged. The immediate reaction from the audience was “incredibly positive”.

It has since proved itself to be a “worthy alternative” to a diesel-powered tractor.

“This year, we have further increased the options available on the tractor to make it even more useful in a host of year-round applications. We can’t wait for people to experience it first-hand.”

On an episode of Fully Charged, which airs to over three million people a month on YouTube, the FT25G was put through a series of tests around the farm to evaluate its performance.

Robert said: “What it has proven today beyond a shadow of a doubt, it’s not just me saying it, it’s Adam – proper farmer too. He drives tractors all the time, and he loves this thing.”

“It’s so much quieter than a diesel machine. It’ll give you six to seven hours of hard work.”

“I’ve been using this thresher that uses a lot of energy, and it’s fine; it keeps going. And it doesn’t half do it well; it mashes through it.”

According to the company, the FT25G compact tractor is the first commercially available all-electric tractor in the UK.

Featuring a 72V lithium-ion battery and onboard charger, the FT25G produces zero emissions and low noise.

They claim this is the “first big step” for any farmer or paddock-owner looking to reduce their carbon footprint without compromising on productivity.

“It won’t run out of battery in the middle of the field. It be charged from any domestic socket to 100% in eight hours. Commodity and reliability all rolled into one,” he concluded.