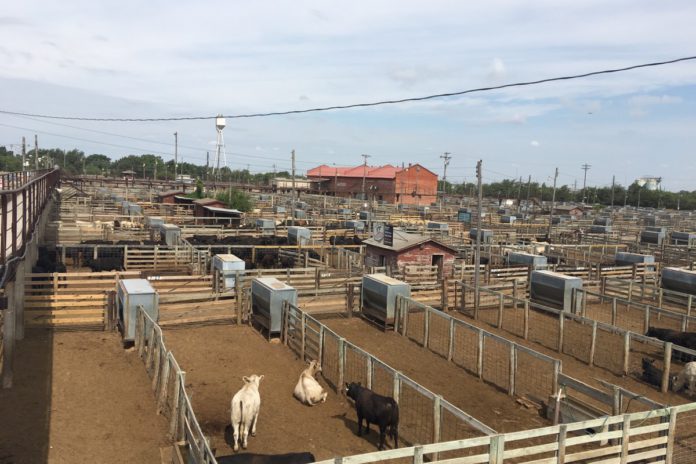 Born on a wheat and cattle farm, Butch Wherritt, a fourth-generation farmer, has been farming his whole life.

“I was raised to work hard, care for the cattle and the land. My parents taught me the value of a dollar and to appreciate the small things in life,” he explained to That’s Farming.

His rich farming heritage sowed the seed for the Custer city native as he established his own enterprise in 1991.

“My wife Kasey, a registered nurse, who works in a major hospital in Oklahoma City, was raised on a cattle and wheat farm in a neighbouring town, which her brother now runs.”

As well as his wife, a lifelong friend, Daron, and Butch’s sons, Kole and Kaleb, assist with the management of the large-scale enterprise. His sons will be the fifth generation to carry on this long-standing farming tradition. They farm a variety of cattle – the majority of which are Red Angus and Gelbviehs for good growth rates.

Calving occurs during springtime as opposed to all-year-round as cows have a high milk yield at this time. Calves remain on-farm until they are in suitable condition for sale at the auction.  “We feed the cows 16% protein cubes and hay from January until March.”

The Wherritt family use these breeds as they have many desirable characteristics. “We strive to breed a small cow with a good udder and a long body, so they eat less; we want to have a cow that will produce a good healthy calf.” They purchase stock cattle from July to August and again in November and December to graze winter wheat.

During the winter months, beef cattle are brought in from the feed yards; their diet mainly consists of wheat. This was harvested from 2,500-acres on the Wherritt’s farm. “They graze wheat for three to five months.”

Around 500-1,000 cattle are put into a feed yard until they gain weight; the aim is to increase each animal’s weight by just under 200kgs.

“They gain weight and are then shipped back to the feed yard. Cattle usually gain 2-½pounds per day before they are sold at the auction.” In addition to the beef enterprise, they produce a diverse range of crops; they swath wheat, barley, corn, silage, grass and bale it up for hay.

From late spring in April to early summer in June, they welcome the hay season and wheat harvest. “We stay busy cutting different grains and baling for different customers.”

From July to August, they prepare the land for sowing the wheat crop which commences in September.

As well as the wheat crop, they also sow barley from September to October. Butch is currently constructing another silage pit as well as renting other land full-time. Although the family are constantly maintaining the farm by building fences, fixing water gaps and repairing farm equipment, there are some challenges the Wherritt family are presented with.

“The weather and the rising cost of fuel and the maintenance of keeping up a farm are the most challenging aspects,” Butch admitted.

Another obstacle the fourth-generation farmers that are faced with is a decline in cattle prices. Looking ahead, Butch has his sights set on expanding his enterprises, with a view to making them more efficient.

He currently relishes the success of his small growth yard and is focusing on its future potential. “I am grateful for all the good Lord has given me”, Butch concluded.