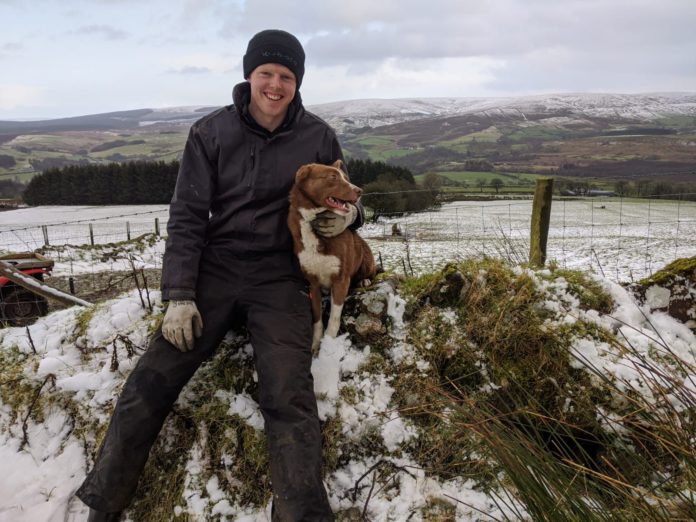 Farmers to star in Chronicles of the Glens

Chronicles of the Glens, a new four-part documentary series, explores the Glens of Antrim in Northern Ireland.

Starting on BBC One Northern Ireland on Monday, January 4th at 7.30pm, it is the third instalment in the Chronicles series, which has included Chronicles of Mourne and Chronicles of Erne.

Narrated by Northern Irish actor, Colin Morgan, the story of the Glens is told through the lives of the people who have made them their home and who work hard to preserve and improve the area for the future.

Chronicles of the Glens

Filmed over a year, each episode concentrates on the unfolding of one season and follows the changes in the natural beauty of the landscape, from the upland moors to the picturesque villages that hug the rugged coastline.

The Glens of Antrim is a designated Area of Outstanding Natural Beauty that stretches from Glenarm in the south to Glenshesk and the cliffs of Fairhead, 30 miles to the north.

With the discovery of rivers and waterfalls, moors and forests, as hidden treasures are revealed viewers are given an insight into the lives of the proud communities who have lived in the Glens for generations.

First episode of Chronicles of the Glens

In the first episode filmed in autumn, the landscape is beginning to turn, with oranges, reds and browns taking over from the rich green of the summer.

Viewers are introduced to some of the Glens most dedicated residents who are each busy with their seasonal tasks. On the McBride’s farm on Fairhead, Sean and his son Gerard are preparing calves for market.

Meanwhile on the moors on Glenwherry Hill to the south of the Glens, Alex Rodgers – Glenarm estate’s head gamekeeper – is leaving grit out for the grouse as he carefully manages the moor to protect the local habitat.

With Halloween approaching, in the coastal village of Cushendall, members of Cairns estate residents’ group are at Tiveragh allotments to prepare for their annual fundraising event.

Over in Glenarm Castle, estate manager Adrian Morrow, who grew up in the Glen, is overseeing staff on the historic estate as they gather apples to press into juice.

In Glendun, farmer, John McAuley, gives a tour of the beautiful but steep-sided glen he lives on. He shares his personal mission of finishing his son Ronan’s dream of building a public footpath on his land.

Ronan, who tragically died at the age of 38 before the path was completed, was passionate about making the Glens more accessible. His wife, Paula McAuley, explains what a beautiful tribute the pathway is and how much Ronan loved the Glen and wanted to share it with everyone.

‘More difficult than anyone could have predicted’

As the series and seasons unfold, other inhabitants of the Glens also share their stories, business dreams and goals in a year that proves more difficult than anyone could have predicted.

Amongst them are Robert and Tiffany McKay in Carnlough who have embarked on a new venture opening a café and bunkhouse opposite Carnlough Harbour, as well as taking over Robert’s father’s caravan park at the end of 2019.

Farmer Eoin Devlin in Glenshesk has also followed in his family’s footsteps by working on the family sheep farm. Even when battling blizzards, Eoin is passionate about farming and caring for the rugged beauty of this Northern Glen.

In Cushendall, the year is proving tumultuous for the local Ruairi Og Camogie Team as training for the start of the new season stops almost as soon as it started due to the Covid-19 pandemic.

Team Captain Orlagh O’Hara and player Aimee McDonnell try to keep team morale high. It proving to be a challenging time for everyone across the Glens community.

With the pandemic forcing lockdown across much of the globe, the series reflects on the beneficial impact engaging with the beauty of our surroundings can have on mental health.

Even in the middle of the Covid-19 crisis, it serves as a reminder that there is comfort to be found in nature.