That's FarmingThat\'s Farming Irelands Largest Farming News, Properties and Classifieds Network
HomeFarming NewsFarmers’ son will not be travelling to US for life-saving treatment 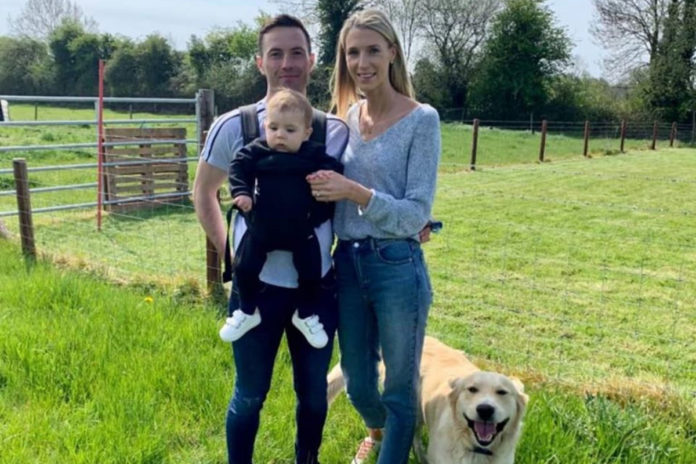 Dan Donoher will not be making a trip to the US to receive the planned infusion of the drug, Zolgensma.

Following a second round of tests, results have shown that sometime in the last few months, the Laois native had contracted a virus, which only 5% of the population are susceptible to.

The virus has caused him to develop antibodies that will prevent the infusion from being successful.

A fundraising campaign, which was launched by parents, Niall, and Aisling, who are both former Laois senior footballer and farmers, and some close friends and family members in March, has raised €3.3million through several initiatives.

The money being raised was to cover the substantial costs required to deliver life-saving gene therapy treatment for Dan, who was born on March 28th, 2019 and diagnosed with Spinal Muscular Atrophy and Scoliosis on December 6th, 2019.

In a recent statement, Dan’s mother, said: “It has been a very tough couple of days and very difficult to get our heads around.”

“The last few months have been surreal for us and although the news is very upsetting, we will never forget the kindness and generosity w received.”

“We could not be prouder of how our little boy touched so many people and bound so many communities together.”

She thanked all about who have supported the campaign, donated, fundraised to “give our little boy a fighting chance at life”.

“We will never be able to thank you all enough and what it means to us cannot be put into words. All we ever wished for our baby boy was that he got a chance, and you made that possible.”

The Do it for Dan campaign will be pledging €1 million to A Better Life for Livie – a campaign to support Olivia Mulhern, whose family and friends are raising funds to travel to the US to receive Zolgensma.

“A large portion of the funds raised will be divided fairly among SMA type-1 children for their families to provide them with the best possible care and give them the best quality that they can achieve, along with a portion going to the SMA Ireland to help support SMA sufferers.”

The remaining funds, the statement added, will be utilised to provide Dan with the best possible health care, support and facilities that he will require due to his condition.

“As gene therapy is continually developing and evolving, a large portion of the funds will be held in reserve should a treatment become available in Dan’s lifetime that can see his condition improved or possible reversed.”

“Failing this, the funds will be released to support additional SMA sufferers, research and pre-screening for children in Ireland.”

Chairman of the campaign, Brendan Quigley, said: “Aisling is my sister and Niall [is] one of my oldest friends.”

“The committee and I always believed that when we sat down to raise the funds we would ‘do it for Dan’, but I never thought it would be something that would bind so many people and, in particular, GAA, IGFA and sporting communities across Ireland in the way that it did.”

“With what we’ve done, we’ve given Dan the best shot at life,” he added.