That's FarmingThat\'s Farming Irelands Largest Farming News, Properties and Classifieds Network
HomeFarming News‘Farmers on the ground must have their voices heard for a change’ 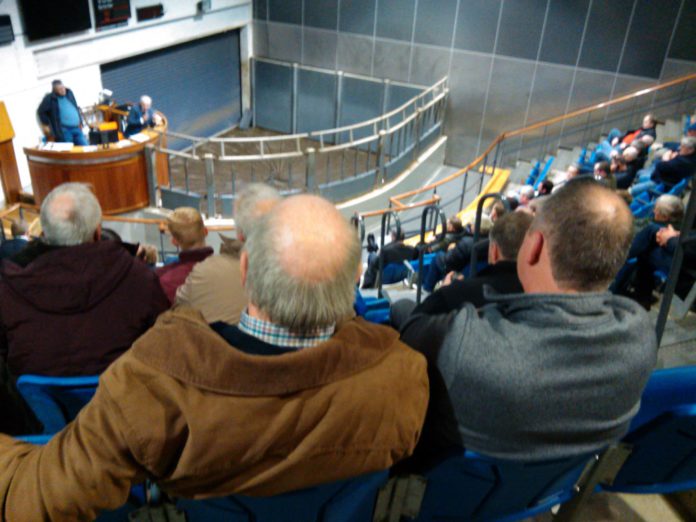 There was “resounding support” for the introduction of a new REPS and for a €300 suckler cow scheme in the interim, at the IFRG’s meeting at Kilkenny Mart last Thursday (January 30th).

The farm group is hosting a series of spring election 2020 nationwide public farmers’ petition meetings across the country.

Speaking following the meeting, which was attended by farmers from all parts of the south-east, national chair, of the Irish Family-Farm Rights Group, Donie Shine, said: “I wish to express my sincere gratitude to all the farmers who made the time to turn out last Thursday night to sign the petition even though many are now busy with calving season.”

“I also wish to sincerely thank all those politicians that took time out of their busy election canvasses to attend, to address, and to field searching questions from the audience, all participants making heartfelt contributions firmly in support of a new fully co-funded REPS Scheme and in support of a suckler cow scheme in the interim.”

“We hope for at least the same turnout from farmers in the west at the next of our series of meetings to take place at the Armada Hotel, Spanish Point, Co. Clare on Monday night, February 3rd at 8 pm.”

“Farmers on the ground must have their voices heard for a change – now is the time to do it with a general election coming up and before the next CAP is finalised for the next seven to nine years. This they can achieve by signing our petition.” Shine concluded.

- Advertisement -
Previous articleStrong trade for quality butcher and factory lambs at Baltinglass
Next articleVIDEO: Group use jet-skis to travel on flooded road