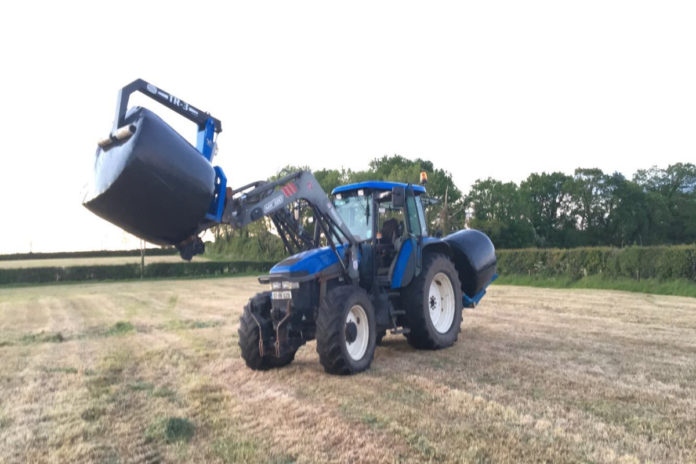 Farmers not to blame for ag contracting prices – Casey

Pat Casey is a contractor and farmer in Curraghroe, Co. Roscommon, where he farms a flock of 100 ewes.

He works alongside his son and employs two seasonal workers during the summer for silage.

He established his contracting business in 2003 and has built it from the ground up, having started with nothing. He used to work for various contractors in his area and decided he would give it a go himself.

Pat says that in his business they are constantly working below cost. Pat believes that the recently published Farm Contractors of Ireland price guide is correct but sadly not achievable for most contractors.

“The FCI’s price guide is spot-on with their prices. Are they achievable? I don’t think so. To stay competitive out here, there are people like myself working for maybe €20-30 per hour below their guided rates per hour.”

Farmers not to blame

Despite being unable to raise his prices to a satisfactory level, it isn’t the farmers that are to blame according to Pat. “Most of the farms around here are suckler farms or sheep farms and most of them are subsidizing their farm with off-farm incomes – there are very few full-time farmers around here.”

“There are so many bills coming out of that envelope that when it comes, the farmers aren’t getting paid anymore.”

Casey believes that previous governments are to blame for this situation, with farmers being left behind while other industries have soared. “Farmers have been marginalised and ignored for years, producing food below the cost of production.”

“We have a good representative in Michael Fitzmaurice, and if he’s not listened to; this is over.”

The contracting business’ only full-time employee is Pat himself, with his son in full-time education and he is unable to provide enough for full-time staff. Pat says “I have no staff. I take the weight of this on myself for the simple reason that the rates haven’t changed in 10 or 15 years and our costs have absolutely rocketed between the price of machinery, insurance, fuel, parts, everything.”

“For the rates that we’re achieving it’s very hard to employ someone and with the weather, we can’t hold onto them for 45 or 50 weeks of the year. That €15 or €20 per hour that we’re operating under the FCI guide prices is a person’s wages.”

Pat’s son is 17-years-old and is heavily involved in the business. Pat is unsure whether it’s wise for him to join him after he finishes school. “I don’t know if I’d throw him into the situation I would be in financially.”

“He’s young and he can do anything. He’ll probably want to come home, but I would be trying to tell him to go off and get an education and this will always be here for him whenever he wants to come home.”

“I listened to an interview once with Steve Irwin, where he was asked the question; how will you know when your work is done? His response was ‘I’ll know when I pass the torch onto my kids, to know they will protect and preserve what we have achieved and to enhance it even more’. I thought it was so well put.”

“Sadly, I don’t see this happening in farming at the moment. Look around, the youth is gone; gone abroad to better-paid jobs and not by choice but by necessity. Farming does not support the cost of living these days. Our great neighbour and friend, John Mac, who’s sadly deceased, used to say; ‘I’m keeping the land, but the land isn’t keeping me’.”

Despite the hard times that have fallen on contractors and farmers at this time, Pat won’t be giving up until he absolutely must. “We’ll be here for as long as we can be here,” he concludes.

If you are an agricultural contractor and you want to share your story, email – [email protected]