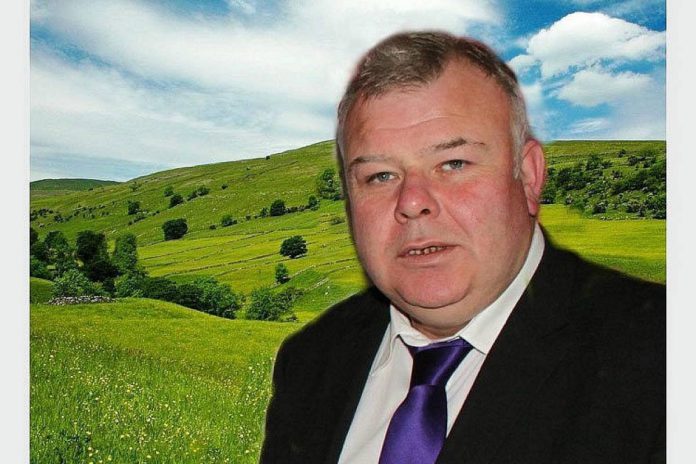 Heather Humphreys, Minister for Community and Rural Development and the Islands, has been asked to focus, under the two parts of her portfolio, on kick-starting rural economies and regional development.

The appeal was made by independent TD, Michael Fitzmaurice, during a Dáil debate on Tuesday, July 28th, on Social Welfare (Covid-19) (Amendment) Bill 2020: Second Stage.

‘Kept the lights on’

“During the Covid crisis, the farming community and the agricultural sector kept the lights on in this country.”

“I ask the Minister, under her social protection remit, that when it comes to the few euro the farmers get, to consider increasing the disregard when the means testing is done.”

“Many farmers have only small farms, but they went out every morning, brought the cattle to the factories and kept the food on the table for people throughout the country,” Fitzmaurice added.

“If we look back to 2010, it was the agricultural sector that kept a flag flying when a lot of flags were at half-mast or were down altogether.”

“I know the Government is borrowing money to cover all the things that need to be done.”

“It is the right thing to do because we need to keep the ship sailing. I think all boats will lift throughout Europe, although it may take a year or two to happen.”

“We must keep our boat afloat and ensure we keep people employed as much as possible.” Fitzmaurice concluded.

Jump leads must be ‘got ready’

He said the more people that are kept in employment in this country, the better chance Ireland has of bringing in more taxes and generating an economy.

“We need to knuckle down and make sure the people who took risks with their businesses are respected. They do not know where they are because they were never given any money.”

“For the pubs and the sectors that have not opened yet, the year is pushing on.”

“We had three months or so of talks with the banks but there was little benefit for the people in those sectors who have invested a huge amount of money, whether in public houses or other types of businesses that are still not open. “

He said a “word in the ear of the banks” is needed once more because those people’s income is going to be “totally different” from what it was in 2018 and 2019 levels.

“We must make sure they are given a kick-start. The jump leads must be got ready to get them going the minute things open up again.” the deputy concluded.

- Advertisement -
Previous articleVIDEO: Workout while you farm
Next articleCalls for ban on all non-EU beef imports