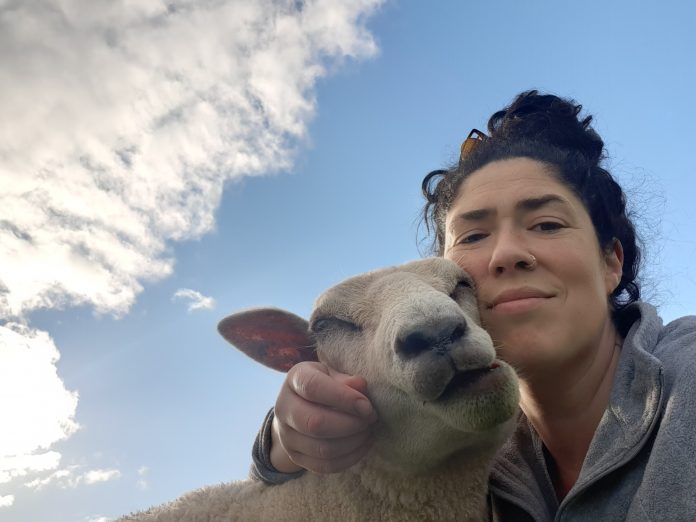 Clodagh Hughes runs a sheep enterprise on the Monaghan/Louth border near Inniskeen – here is this week’s update:

This week on the farm, I was mostly getting myself and the sheep into a regular feeding routine.

It is important when introducing new foodstuffs into their diet to do so in small and incremental stages.

If concentrates are introduced too quickly or at too high a rate, it could result in a rapid unbalancing of their very finely tuned digestive systems.

Negative outcomes include, most commonly and most delightfully, an explosion of the runny poos which, in turn, can lead to underachieving animals and a loss in condition. It is also a waste of money on feed.

Trying out a new product

I had my lambs in for a general check over before moving them onto new grass as a few needed their feet attended to.

I wanted to try a Novavet.ie product I’d received from Eamon Mc Grath of Agristore.ie which targets mild to moderate foot problems in sheep such as; foot scald and foot rot. It is called Feet First and is very easy to apply in a spray bottle.

Like with most products, you are advised to wash and dry the affected area before treatment to achieve optimum product results.

When I had them in, I decided to draft a few more of the larger ram lambs to join the ‘band of brothers’ running with Woody the ram.

Since they’ve been on meal, I’ve noticed some of the larger lambs bullying the smaller guys out of the trough and also, at this 5-6-month age bracket, some of the stronger ram lambs are starting to pester the ewe lambs.

Rams can become fertile at this age and as I leave my male lambs uncastrated, this could become a welfare issue that is just not acceptable in my flock.

I also discovered I had a very lame ewe lamb, which if I hadn’t had them in, I may have missed her completely and put it down to a foot scald issue and let her go without further treatment.

On further investigation, I realised her left hind hock joint, or ankle joint, was very warm to the touch and badly swollen. She was not putting any weight on it either.

Sheep, being a prey animal by nature, are notoriously good at disguising pain but this wee lamb was in a lot of pain.

I separated her from the main flock and now have her up at the house beside me as I am treating her with a course of antibiotics to help kill any infection and a daily anti-inflammatory injection for pain relief.

Her temperature was a little elevated too, which is an indication her body is trying to fight infection.  3 days on and I believe she is improving. This morning, I felt a slight cooling in the joint and a little less swelling. Fingers crossed.

Chores for this week include a health check of my older ladies and giving them their Toxoplasmosis vaccine in preparation for the upcoming breeding season and I also have to do my second faecal count on my lambs.