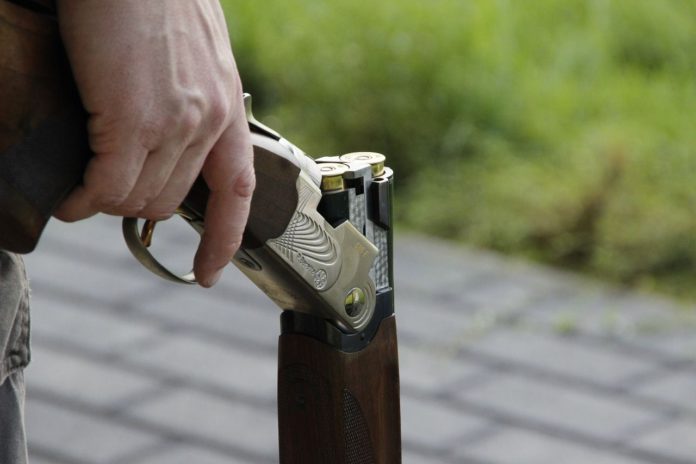 A farmer shot a dog after it was spotted worrying sheep in his field, according to police.

The force is appealing to the public to keep dogs on leads when out in fields. Furthermore, officers reminded the public that they have previously prosecuted individuals for these offences.

“Everyone we’ve ever interviewed has always said: ‘My dog has never done this before’. So, we ask again – Please don’t let the dog pay the price for your actions.”

“Sadly, in the Sandbach area we’ve seen the ultimate price paid by a dog when it was found worrying livestock in a field.”

“Farmers have a legal defence to shoot dogs that are worrying their livestock and that is what happened in this case. The dog was unattended for 10 – 20 minutes according to various witnesses. Anytime unattended is simply not acceptable.”

The incident appeared on social media and police say they noted that a cropped photo has been used in a post that was circulating.

“As with any incident, when photos appear to be altered or missing out part of the subject matter, it immediately rings alarm bells.”

“What was shown? The farmer stood in water. What was missing from the bottom of the photo? The farmer helping one of his sheep that had been run into the water by the dog and was at risk of drowning.”

“What concerns me, even more, was the verbal abuse I’ve seen online, the threats and the complete lack of understanding by many as to what the law states.”

“A lot of assumptions made and comments on a photo that doesn’t show the full story. Fortunately, those original posts were taken down and many a comment made is being reviewed for investigation.”

“No farmer likes the prospect of shooting a dog let alone actually doing it. Many are dog owners themselves, but it’s written into law that they can protect their livestock in the manner we’ve seen take place, with the legal defence they have available to them.”

“Let’s be very clear on this, there is only one person who can prevent this kind of incident, the dog’s owner.”

No prosecution against dog owner

Police visited the location and spoke to the parties involved. “We will be recording a crime of sheep worrying, but there will be no prosecution against the owner of the dog due to what has occurred and the owner of the livestock wishing to not proceed.”

Please remember, however, you can still be prosecuted, even if your dog has been shot, police added. You are still responsible for your dog’s actions. In previous cases, police have had people banned from being able to take their dog or any future dog of theirs onto any farmers fields.

“Of note, there were initial reports being shared that the dog was alive when it arrived at the vets. Clearly, we also check these reports. We have confirmed with the practice that this was not the case and the dog was dead on arrival.”

Police have said they are seeing leaflets being handed out, which again, “don’t explain the full facts”.

“Where’s the information about the dog being unattended or worrying livestock? These elements are not included.”

“The leaflets and social media posts now going on are spreading information and allowing people to post threats to harm or cause damage.”

“It is really important that the facts are clear, and that people don’t bend or miss out elements.”

Now is the time to take being a dog owner and all the responsibilities that come with it seriously, they added.

If you are using a public footpath to cross private farm land, you have the right to pass and repass on that route.

Not to meander off it, and your dog should be under control and taking the same route as you (stay on the path).

The rights of way are the only publicly accessible bits on private land. “Dogs do run off, but you should be able to immediately recall your dog.”

“However, you need not worry. If you’re with your dog and you have it under proper control as the law states, this scenario won’t happen to you.”

Concluding, the spokesperson said: “This is a tragic event for all involved – Remember, if you’re a dog owner or the person in control of the dog, you are responsible for your dog’s behaviour.”