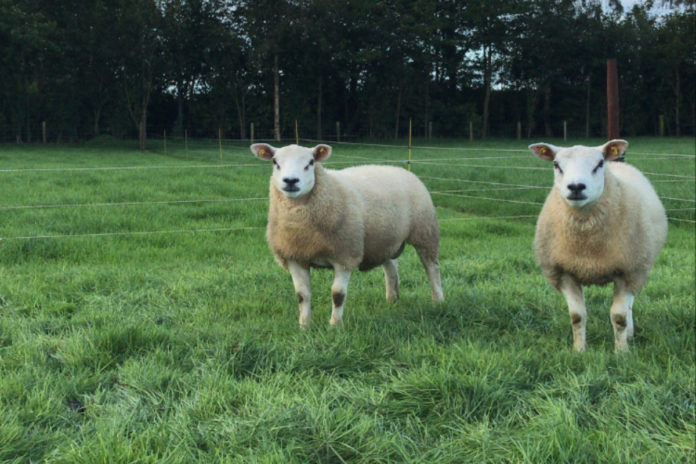 Farmer’s Diary: ‘It is good to see a good floor under the price of lambs this time of year’

Despite all the rain, grass has grown really well throughout August and this good grass growth has allowed lambs to keep thriving well with good performance from the grass.

This week, we moved a large group of ewe lambs through the mart. The ewe lambs were averaging 37 kg and we were very happy with the prices received.

It is good to see a good floor under the price of lambs this time of year which makes all the year’s work worthwhile.

With ewe lambs, we find it worthwhile to group them up well, so they match each other evenly.

A nice level bunch with similar faces is key when grouping up lambs. As farmers, we all have an eye for something different from each other.

This week, we also picked up our two new Texel ram lambs. We bought them off the Knockbrandon flock, who we purchased a Texel ram lamb from four years ago and he has worked really well over the years.

They are both 5-star rams on the Sheep Ireland system so we should see a good return from these rams.

In my view, stars only show one side of a ram and at the end of day, as a farmer, you have got to like what you are buying.

The two we bought are nice level lambs and we are looking forward to seeing their progeny in the years to come.

We also moved on some of the older rams we had as we have six new rams joying the breeding rams this year.

We tend to buy the ram as a lamb and run him on the farm for the year before mating with ewes as a hogget ram.

As with any new stock coming in on the farm, rams were worm dosed and put through a footbath and will be kept separate from our sheep for a couple of weeks.

As we are getting closer to breeding time, we are making sure we have all our raddle powders, markers, branding fluid etc for its no good going looking for it the day you are letting out the ram.

We have also been discussing which rams are been grouped together and the ewes they will be going with. This sometimes can be a great debate at the table over what ewe should go with what ram.