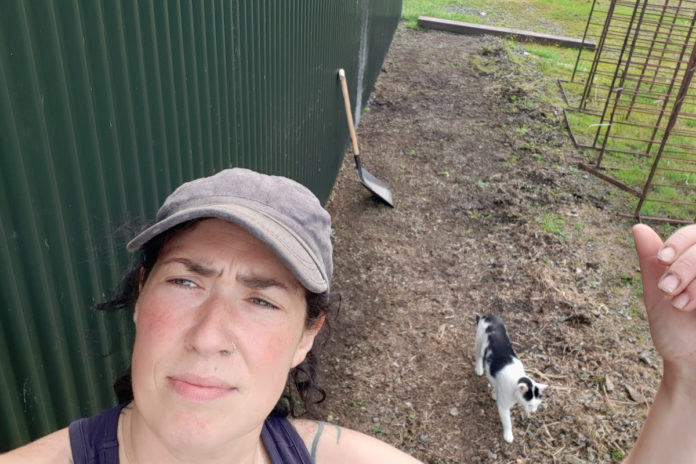 Farmer’s Diary: The seasons come and the seasons go…

Autumn has arrived and I know we try and squeeze the month of August into our ‘summer’ season but as I’ve said before, the farming year flies around and before you know it you’re doing all-nighters at lambing time.

I mentioned a couple of weeks back that I had secured the purchase of a new ram for my flock from a good breeder, he’s a Rouge ram which, when I did some research on the breed an article from That’s Farming published in 2018 popped up on-screen! You can’t beat quality.

Alongside advice from the breeder, I’ve learned that the qualities of these rams are not unlike the Charollais ram I had been used to namely; easy lambing, and as some of my ewes aren’t very large sheep, this is a very favourable trait for me and my girls!

When born the lambs are quick to get up on their feet and nurse and I’ve read that the ewes produce lots of good milk and are great mothers.

The main downside is that the lambs are born with a very fine fleece and would struggle for outdoor lambing set-ups, but I lamb indoors and only let them out when the weather is favourable.

I’m very happy to introduce this breed into my own bloodlines and look forward to reaping the future rewards.

This week saw the achievement of a big job, (big for me) of getting my ewes in and through the footbath.

This, in my opinion, is a very effective way to control and even eradicate serious foot issues within the flock.

Foot problems are the real Achilles heel of our woolly friends – sheep are said to originate from the Far East and Asia and would not have been exposed to such damp and humid conditions as on Ireland.

The most common complaint is called foot scald and is a precursor for a more serious condition called footrot which, as the name suggests, is where harmful bacteria destroy the integrity of the sheep’s hoof and it rots away.

I was chuffed with myself as I had levelled out a space and fashioned my own collecting zone and walk through area and treated myself to a guillotine headgate which can be raised from way back and dropped in a flash.

This means I can now handle my sheep more effectively and it really helps with my physical health issues.  I trimmed a few dirty woolly bums as flies are still quite prevalent and treated a few minor wounds.

Big thanks to my father Raymond for his help, not bad for a young 77 next Sat, happy birthday Pops.

Now to get my lambs in to weigh, deworm and also clean up some dirty bums. I need to order ear tags before I can sell them. It’s all money, money, money.