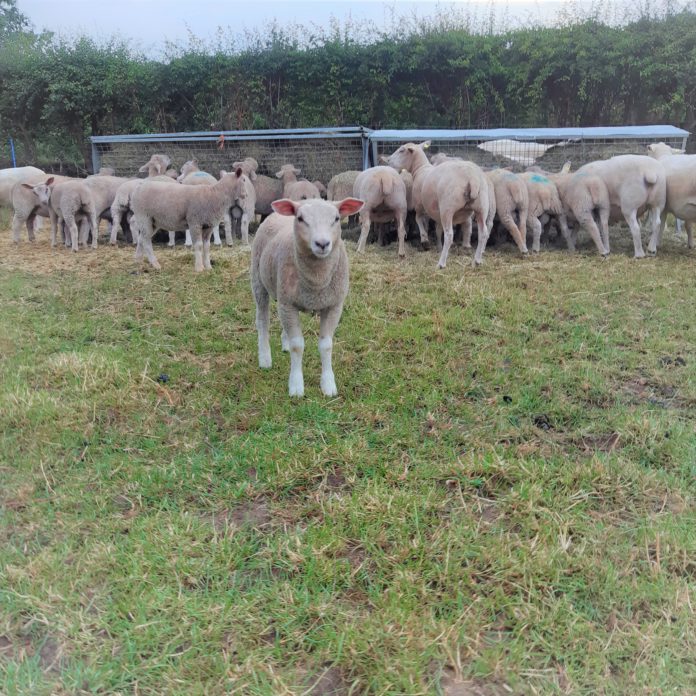 Farmer’s Diary: I can actually hear the grass growing…

By now, you must be sick of me going on about the lack of rain, how little grass growth there is and how I’m having to dip into winter feed to supplement my sheep.

Well, as I write this, the temperatures have dropped, the rain is lashing against the window and the winds are gusting around making it feel very wintery indeed.

I’m delighted with the rain we’ve had here in the north-east, but sometimes you get the impression it just might not know when to leave again! Seriously though, it’s badly needed and has been received gratefully.

You’d be amazed how much growth can be achieved in a short period of time and with a little chemical help.

Fertiliser application does more than just ‘grow grass’ – it replaces vital nutrients to the soil and helps it to recover quicker especially after trying times such overgrazing and recent drought conditions.

I always get great advice on what fertilisers to use from Joe Butler and the team at Dooley’s Agri, Inniskeen.

In sheep news, it’s officially weaning time this week! There has been enough growth in the last 2 weeks to enable me to split the ewes and lambs and get them onto some decent grass.

The ewes have already begun limiting the lamb’s milk allowance and some of the lambs are almost as big as their mothers, so now it’s time for them to be separated – must get the earplugs out!

Weaning the lambs at the recommended age of 12-14 weeks old also allows for a sufficient recovery interval in the ewes before the next breeding season, which is not as far away as you might think guys!

The farming year flies by, which reminds me, I need to purchase a new stud ram for my girls! I absolutely love how interesting and involving animal husbandry is and as I progress with my wee flock, I learn more each day.

In other news, I was at my breakfast one morning last week when there was an almighty thud at the back window; a young fledgeling Great Tit had flown into the window and was lying in a tiny, stunned feathery heap on the ground.

The poor wee thing had really given itself quite a wallop…I was amazed it hadn’t broken its tiny neck.

I left it to rest on the windowsill and locked TomTom, the cat, inside because I caught him eyeing up this feathery little ’titbit’.

I went about my chores and about 45 minutes later checked on birdy and I’m delighted to report that there was an empty ‘nest’.

I’d like to think I see him/her now at the bird feeders out my window and I’d swear it winked at me!

Finally, our much-anticipated motorbike outing was ruined by a number of factors…of which I’m not ready to talk about it yet.