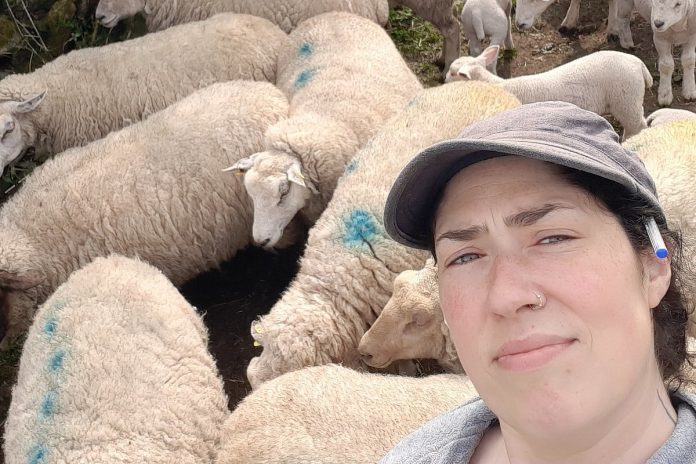 Farmer’s Diary: How I became a sheep farmer after a serious road traffic collision

Although I am only farming my own sheep flock for four years now, I have been around agriculture all my life and always knew that whatever career I chose, I would become involved in farming again.

I was reared on a dairy and beef farm in Co. Monaghan with my four brothers and was always hands-on in all aspects of farm life.

Had agricultural courses been more readily available during the ’90s, I may have gotten into farming sooner, but I’ve no regrets from pursuing my initial career as a professional chef which I got a lot of satisfaction from.

After a very serious traffic accident in 2010, my life, as I knew it, changed forever.

Long story short, I sustained life-changing injuries when a JCB digger pulled across my path and I riding my motorbike.

Three years later, after achieving some semblance of good physical health, I attempted to return to cooking but soon realised this was not to be.

I undertook an undergraduate course in veterinary nursing but had to bow out at the end of year two, due to physical health issues.

I was feeling a bit battered and defeated now, both mentally and physically, until I took one of my ‘notions’ to buy a few ewe lambs and start my own flock.

I chose sheep for a few reasons; they are quite manageable due to their size; they are great creatures to work with and I love sheep.  The start-up costs were not too frightening, and sheep require less acreage and handling facilities than cattle.  Did I say that I love sheep!

Sheep were more suited to my setup due to the amount of land I was able to lease; also, as a mostly one-woman show they were a perfect fit.

I certainly would not say I jumped into sheep farming recklessly, it was what you would call a calculated risk (well that’s my story and I’m sticking to it!).

I am aware of what is involved in keeping livestock and I’m a staunch realist.

Of course, I was a bit apprehensive starting my ovine adventure but I have a fair wealth of animal knowledge, a good shed, enough ground for the numbers I could accommodate and I also have very good vets, plus a strong desire to farm.

My future plans include increasing my sheep numbers, obviously!  I am working towards having a closed flock, meaning I only need to buy in a new ram every few years.

I have recently been accepted onto an agricultural course and can’t wait to get stuck in.

I intend to acquire a nice small breed of cow to milk for the house, but as for farming cattle, I simply wouldn’t have the facilities, physical ability or finances needed.  And much as love them, they are simply just not sheep!

Of course, hindsight is a mighty thing and looking back over the last four years, I could annoy myself by mulling over some minor regrets, but ultimately, I’m very happy with how my woolly adventure is progressing.