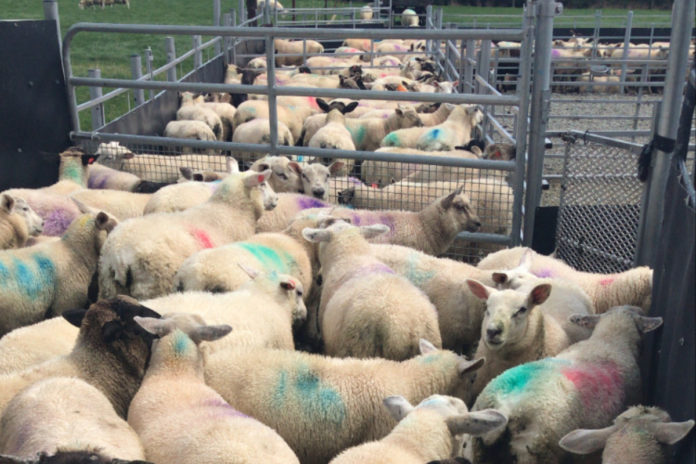 The 31-year-old, who studied agricultural science at WIT and UCD, is one of That’s Farming’s weekly contributors – here is his first update:

The last few weeks has seen me return to working on-site full-time with Danone.

I am not going to lie, I miss my very short commute from the office in the house to the farm on my days working from home, but in one aspect, it is good to see some sense of normality.

We have started to move lambs off to factory and mart as they come fit. Lambs have been thriving really well-off grass.

It has been good to see factory prices hold up for July, but for how long that will last?

We have gone through our ewes and all ewes that had issues at lambing have been sold, as there is no point in keeping trouble in the flock for the next lambing season.

Grazing groups are working well with the lambs grazing ahead of the ewes. As season is getting on, we starting to look towards building grass up for the autumn period particularly for when ewes are going to the ram.

We cut our second-cut last of silage week and it was such a contrast from the first-cut in which there was no panic in baling as the weather was so fine in May.

Grass has really been growing well and we have been able to close out a couple extra of paddocks for silage; this will help make up for the first cut which was lighter than normal due to such a dry April and May.

We mowed down on Thursday, teddered out on Friday morning and baled on Saturday.

We are still faecal sampling fortnightly and it is a great tool to use in helping decide whether dosing is required.

There was a significant rise at the start of July in faecal numbers with one group showing 1050 Stronglyle from faecal testing. With this high result, lambs were dosed.

A practice we have been implementing following dosing is returning the dosed lambs back to the paddocks that they are grazing to allow the dose to take effect and pass out worms instead of contaminating new pasture.