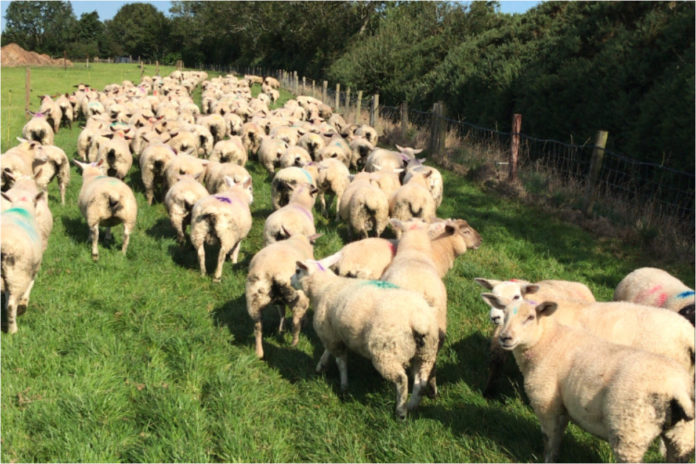 Farmer’s Diary: ‘A lame lamb will not thrive’

This week, we spent time with the rams giving them a going-over to check feet, teeth, testicles and body condition score.

It is vital to have rams in a good strong position before heading with the ewes as when they go with the ewes.

There were 3 rams that we weren’t happy with the condition of so we have pulled them out and put them on a paddock. We going to give them some meal between now and breeding time just to make sure they have good body condition score before they go with ewes.

Ewes were also in this week and were given their monthly Cobalt B12 dose. Once ewes are weaned, we give them a cobalt B12 drench once a month.

This is something we have started doing in the last few years and are noticing that the ewes are in better condition at breeding.

They were also put through the footbath; we have started to use a new product called Intra Hoof-fit from Agri-health; initial thoughts on it are good.

When the sheep were put into the footbath, they were doing a lot of footing about in the footbath, so we could see the solution working on the feet.

We leave the ewes to stand in the footbath for a few minutes to ensure plenty of contact time.

Once out of the footbath, we let them stand on the yard for 15-20 mins to allow the solution to dry on feet.

We have noticed lambs are getting scald more frequent this year, especially in last month.

Scald is identified by red or pink inflammation and sore skin between hooves. We are running the lambs through the footbath once-a-week at the moment and thankfully it’s keeping us well on top of the scald, as a lame lamb will not thrive.