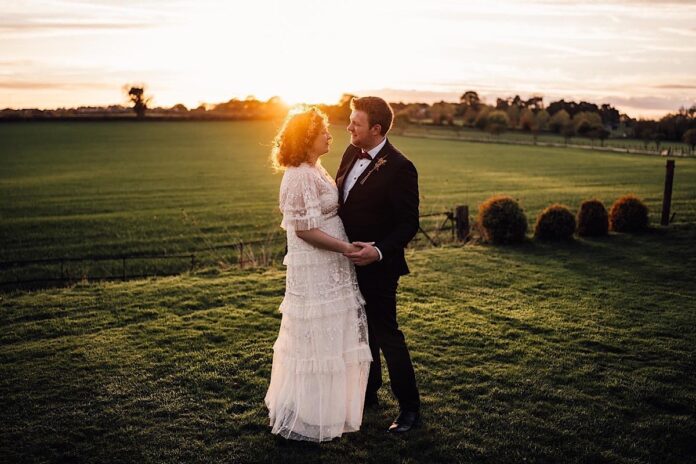 How Farmer Phil met his now-wife on Tinder

That’s Farming speaks to Farmer Phil, who explains how he met his now-wife by swiping right on Tinder while waiting to depart for a flight.

He discusses their common interests and arriving on a JCB tractor on their wedding day.

There is one plane trip that will remain in the memory of well-known YouTuber Farmer Phil from Longford forever, and that is the journey home from Newark Vintage Show in England over five years ago.

It was the day that the Longford farmer/ agricultural contractor swiped right for his now-wife, Liv, on Tinder while waiting in the airport’s departure area.

He received a notification saying they had matched and believes she had swiped right for him.

However, it was her quote on the popular dating app, “happier in wellies than heels”, that stopped the Longford farmer in his tracks.

It was not until they began messaging that they found common interests and “got on like a house on fire”.

“I knew Liv was the one for me because it never mattered what job we were at she always gets stuck right into the middle of it; whether it is dosing cattle or operating a tractor, she gets on with it,” Phillip told That’s Farming.

“She never complains of the smell from me after spending a day spreading slurry and happily runs the farm while I am away agricultural contracting.”

“She is a kind, intelligent and loving person with a passion for animals and a love for all things agriculture.”

And when it came to getting down on one knee, Farmer Phil was keen to intertwine their common farming interest, so he planned the engagement for a morning in May while feeding calves.

There was a batch of calves in the ruins of a castle on the farm, and he knew Liv had a favourite spot here, so he convinced her to come out to it by telling her a calf was stuck and he needed assistance.

“She had no clue until we started climbing up the rocks to her favourite spot, and her reaction was pure joy. There was nothing special about the date; I just wanted to get the proposal done before silage started as it was May 7th,” he laughed.

“We were engaged a few weeks before we picked a date and married in the local village church where Liv grew up in the East Midlands in England.”

“We picked the beginning of November as it is a quiet time on the farm and agricultural contracting business. I did not want to have it in December.”

“It also happened to be the same weekend as the vintage show I was at when myself and Liv matched five years earlier.”

According to Farmer Phil, Liv oversaw the wedding planning by he did have two requests: to tie the knot in a church and to travel from there to the reception in no other than a tractor.

But, as Farmer Phil highlighted to this publication, an agricultural theme was to the fore on their special day.

The buttonholes on the men’s suits and table decorations came from their crops of oats, wheat and barley made by Liv and her mum, Catherine, and Liv’s and the bridesmaid’s bouquets incorporated wheat, with milk churns transported from the farm to England and decorated them with flowers.

“The wedding could not have gone better and was everything we could have asked for and more, and we even got a sunny day for it. We had a new JCB FASTRAC 4220 iCON to drive from the church to the reception.”

“My grandfather, Fred, wore a Farmer Phil enamel pin badge, and in the speeches, it was mentioned, and I started my speech with my tagline on YouTube.”

“There were lots of kind messages and well-wishers after we showed a few clips of the wedding in a YouTube video. We did not want to show it all as we wanted to keep it private but still wanted to share a bit of the day with people,” he concluded.

All images – Bowls of Cork