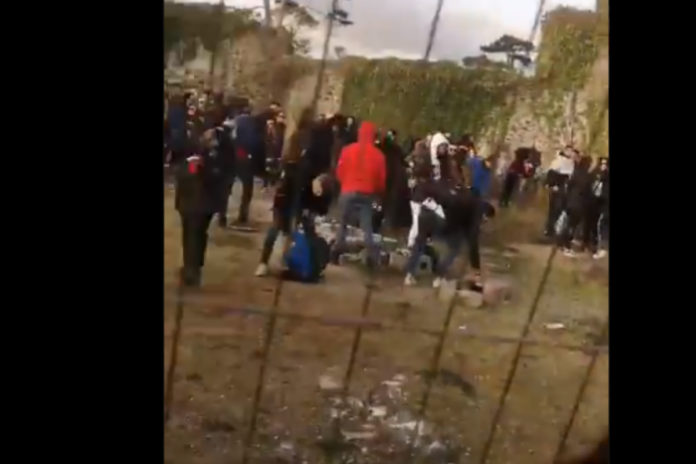 A rave attended by in excess of 100 people took place on a farm in Co. Meath over the course of the weekend.

Earlier this morning (Monday, September 21st) on Today with Claire Byrne, Darragh McCullough, farmer, broadcaster and columnist, spoke of his shock to find the dregs of a party that had taken place on his land the previous night.

“We landed into the field ready to go, with the combine and tractors and trailers and everything else, only to be greeted by a couple of hundred, I reckon, at least a hundred, ravers.”

“I should have seen the warning signs, because on my way down to the beach that morning, I got up early because I wanted to make sure there was going to be no cars parked at the entrance of the beach where we need to get the combine through, which is four metres wide, so it’s quite an awkward machine and it needs a lot of space”.

“When I was driving down the road, I saw a group of stragglers at a random bus stop out in the middle of nowhere. I was going, ‘where did those guys come out of?’ and I was thinking maybe they were working in the local nursing home.” he told Byrne.

He said they did “look a bit worse for wear” but he did not “think too hard about it”. “I drove onto the beach car park, and there were about four or five cars already there.”

“This was just after 7am, dawn had literally broken, and I was thinking ‘Mother of God, there are some people on the ball here fairly early this morning coming out for their exercise’ or whatever,” he said.

“Again, thought nothing of it, but, of course, it was all the stragglers and people who were attending this rave.”

“As I hopped out of my jeep to approach them and tell them to clear off, they turned and headed up the brow of the hill towards the ruin, in the middle of the field, ideally located for an all-night party, may I add, overlooking the sea.”

The farmer discovered that the partygoers confined themselves to the ruin and were not “trampling the crop”. “There was an odd beer can around the field, but that’s nothing new.”

“It turned out they were all Brazilian and most of them were students, some professionals, there were five Series BMWs there, so they weren’t all hard-up students looking for a cheap night out.”

McCullough posted footage across social media which can be found here.

- Advertisement -
Previous article
VIDEO: ‘When I got testicular cancer, I thought that it could never happen to me’
Next article
Teagasc Virtual Sheep Week: Spotlight on grassland management