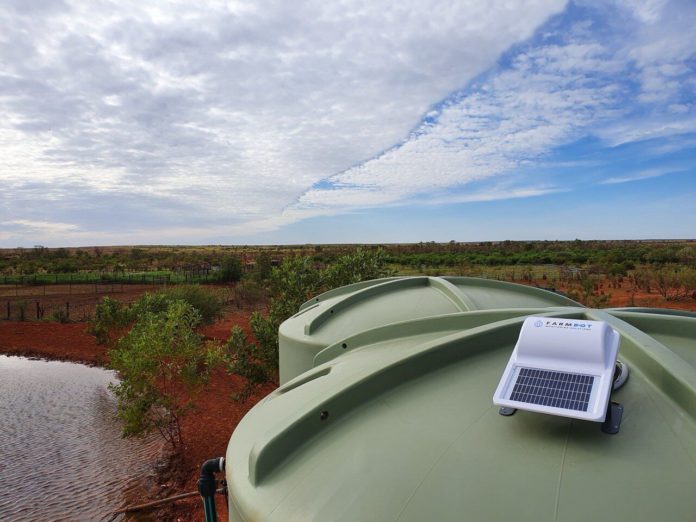 The Farmbot Duplex Satellite Monitor is the central unit that will support the camera device.

According to the Australian company, it will provide the ability for farmers to control pumps and gates in the near future.

The company believes this next generation unit will be the “workhorse for the farm of the future”.

The new unit will retain all the unique functional benefits of the previous generation, including:

Powered by Inmarsat’s IsatData Pro (IDP) service, the new generation monitor provides farmers with two-way messaging via satellite, elevating the Farmbot platform from a monitoring solution to a management solution.

Not only will farmers be able to monitor data collected by sensors, but they will also be able to direct a course of action depending on the connected asset.

Andrew Coppin, managing director, Farmbot, said the technology will have countless applications for farmers in Australia.

“It’s going to enable farmers to take an image, close a gate or turn on a pump, all without having to physically change locations, saving them time, money and enabling them to focus on other matters,” he said.

“Additionally, because the technology leverages satellites, the functionality can be accessed from anywhere at any time, mitigating the cellular connectivity issue that has hampered some on-farm technology adoption.”

“Although two-way communications via satellite has been possible before, this is the first time it will be made readily available at an ongoing affordable price for Australian farmers.”

According to Mr Coppin, the Duplex Satellite Monitor will create boundless possibilities for on-farm connectivity for primary producers.

“Not only will producers be able to communicate directly with our own products like the soon-to-be-released Farmbot Camera, but the vision is that Duplex Satellite Monitor forms the backbone of an entire open, connected farm ecosystem,” he said.

Remote monitoring once a pipe dream now a reality

“We are pleased to be able to support the Farmbot Duplex Satellite Monitor technology, which is enabled by Inmarsat’s IsatData Pro (IDP) service.”

“The adoption of Internet of Things (IoT) has been hamstrung in Australian agriculture by inconsistent and unreliable cellular connectivity.”

“Affordable, always-on remote monitoring was once a pipe dream for Australian farmers. Now, it is a reality,” he said.