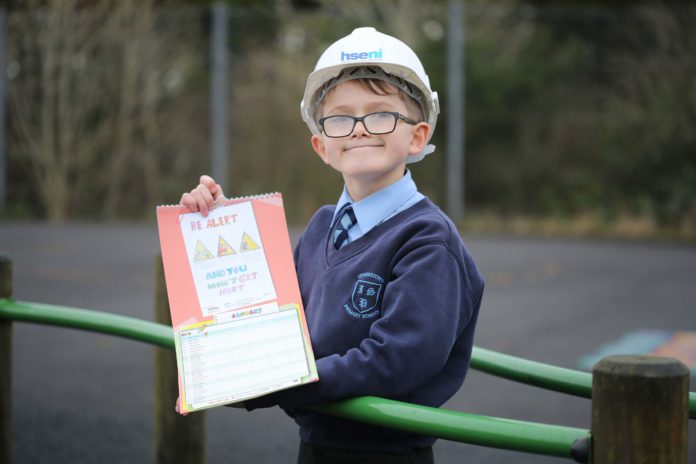 The HSENI has launched its 2022 ‘Avoid Harm on the Farm’ child farm safety calendar.

It said the calendar delivers “potentially lifesaving messages” to children in over 430 rural primary and special schools across Northern Ireland.

Each ‘junior artist’ received a £30 gift card and have had their picture included in the 2022 calendar.

“Farming continues to be one of the most dangerous occupations in Northern Ireland with 69 work-related fatalities in the ten years up to the end of last year.”

“Tragically, this includes three children under the age of 15.”

The safety watchdog will issue 43,000 copies of the calendar to rural primary schools and special schools for children to take home.

Robert Kidd continued: “Our calendar competition continues to be a great way to deliver safety messages in an engaging way to children that will help form their approach to farm safety now and in the future.

“This year, we had entries from 80 schools. I thank all the pupils, teachers, and our sponsors for helping us keep children safe on the farm.”

- Advertisement -
Previous article
‘There are many more things in life producing more harmful gases than cows’
Next article
Bulls to €19,000 and record average of just under €5k at Christmas Cracker