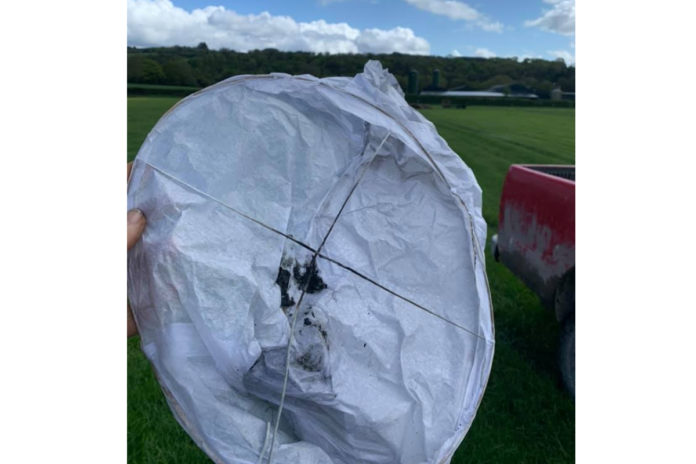 The manager of a large-scale Waterford-based dairy farm has taken to social media to express his frustration following the discovery of sky lanterns on-farm.

The items, which can cause suffering or even kill livestock, landed in a field and yard at Tintur Pedigree Holsteins, Co. Waterford on Tuesday (April 28th) night.

In a post on social media on Wednesday (April 29th), the farm manager said: “I don’t often rant but whoever is the eejit or clown in the Cappoquin/ Mellerary area, who is lighting and setting off sky lanterns, would you catch yourself on.”

“They could have as easily landed in the straw sheds or the animal barns and caused fires putting the staff, the emergency crews, that would have been needed to handle the fire, at risk, not to mention the cows and livestock in the yard.”

“It may be fun watching them rise into the sky, but what goes up, also has to come back down at some point.” the social media post concluded.