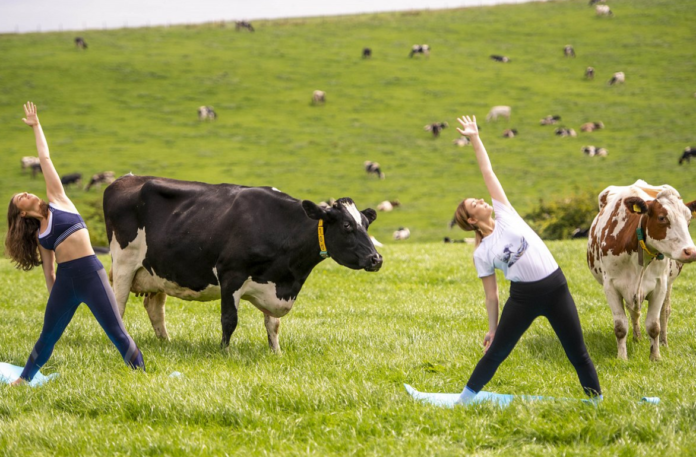 A farm in the UK has issued an apology to Hindus worldwide after it held a yoga session with cows, as reported by us here.

The event, held by yoghurt company, Lancashire Farm Dairies, “trivialises two serious concepts” of the religion, according to Rajan Zed, who led a protest.

Zed, who is president of Universal Society of Hinduism, said the cow, which is sacred and had long been respected in Hinduism, should not be used as prop for human entertainment.

He also said he felt the idea seemed to be “diluting the profound, sacred and ancient discipline of yoga”.

He stressed that the event should be discouraged before it becomes “a trendy fad” adding that “we do not want herds of people flocking to dairy farms to do yoga alongside cows, with many visualising it as an Instagram opportunity”.

“Real yogis should not attend such events where cows are inappropriately used, causing unnecessary disturbance to cows and putting them in stressful situations.

Mr Zed wrote to Lancashire Farm Dairies, urging them to “rethink, revisit and re-evaluate” its yoga classes with cows.

In a statement to That’s Farming, a Lancashire Farm Dairies spokesperson said: “At Lancashire Farm, we take the welfare and happiness of our cows very seriously.”

“All our cows are free-range and spend as much time outside as they want – just as nature intended.”

“We hosted an intimate yoga class for six people at one of our farms as a fun way to encourage UK adults to exercise outdoors and experience the tranquillity of the vast 500-acre farm. There are no plans to hold any further yoga events.” the spokesperson concluded.

- Advertisement -
Previous article
‘We need an Agriculture Minister in place immediately’
Next article
VIDEO: Ailish McBride – The Hills of Donegal