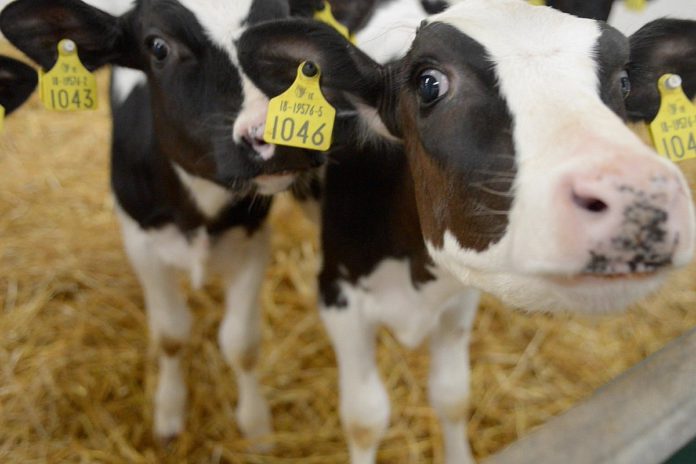 Facilities for 600 extra calves in Cherbourg

Additional lairage facilities to provide space for up to 600 extra calves in Cherbourg has been approved.

That’s according to the IFA, who explained that this results in a combined 1,800 calves, based on three sailings per week.

The news comes following the IFA’s, ICOS’ and ICMSA’s visits to two lairages in Cherbourg last November and discussions have continued since then.

Speaking following the visit last November, IFA national dairy committee chairman, Tom Phelan, said: “We got to know Mr Pignet and the owners of Qualivia, the Drique family, when we visited last February, and have been in regular contact with them to keep them abreast of developments in the Irish dairy sector, which helped persuade the Driques to seek approval for a 400-calf capacity increase earlier this year.”

“For a relatively small outlay, we believe an additional 800 calf spaces could be provided which would up weekly capacity by 18%,” he added.