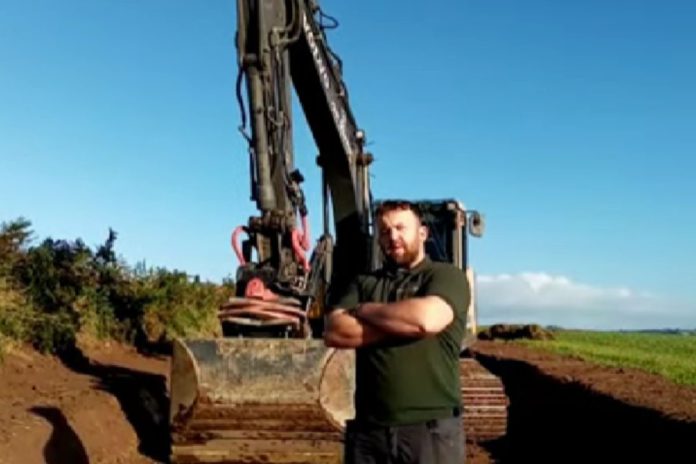 The Ballagh native was selected as one of three people to compete against finalists from Belgium and Canada in the Excavator Hero 2021 World Wide Rototilt competition.

He was the only Irish participant in the competition, which, according to organisers, Rototilt, saw the public cast over 20,000 votes this year.

The 2021 winner works as a machine operator at John Ormonde Wexford Sand where he mainly constructs equestrian facilities and gallops.

The company has been in the specialist sand business for over two decades. Its clients include Jessica Harrington, Noel Meade, Paul Nolan, Michael Halford, Curragh Training Grounds, Camilla Speirs and Greg Broderick.

In a statement following the competition, organisers said:

“Eoin O’Connor walks away with the title with the most votes in the 10-day final. We will surely hear much more from our amazing contestants across social media in the coming months.”

“The film received a lot of attention where he operates a Volvo EC140el and excavator equipped with Rototilt R5 tiltrotator.”

“Eoin will not just hold the title of Excavator Hero of 2021. He will also be awarded travel, accommodation and an entry ticket to Bauma 2022 for himself and an additional person of his choice.”

“We thank you all once again for being such good sports! We will carry on the idea next year but will develop the competition over the winter. Keep your eyes peeled on our social media channels for more information,” the spokesperson concluded.

“It is an awesome feeling to hold the title! The support of the community and social media was overwhelming, but especially from family and friends.”

The Wexford man boasts over 40,000 followers and over 360,000 likes on TikTok, the video-focused social networking service where he posted the clip that landed this title.