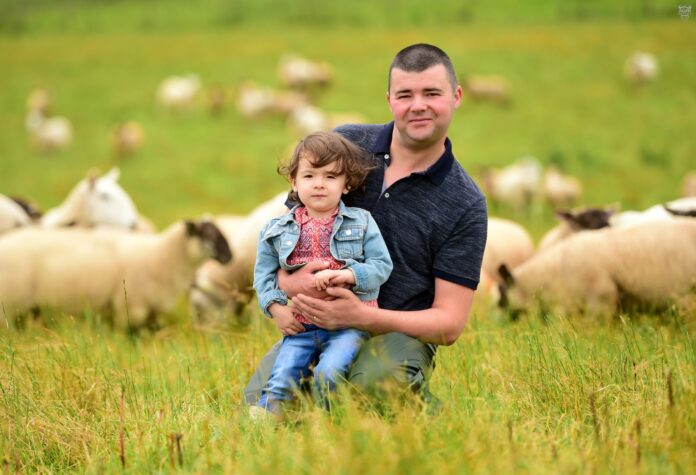 Peter and James McAuley are progressive sheep farmers running in the region of 450 ewes on their farm in Bushmills.

These comprise mostly of Wicklow Cheviots, with the remainder being Mules and Suffolk Cheviots, which the McAuleys find work “well” for them.

They lamb down each year from March 25th onwards and look for “as tight a lambing interval as possible”.

A key component of every flock is the stock ram, and the McAuley’s breed of choice is Suffolk.

They were drawn to rams at last year’s Jalex Genes sale staged by James Alexander, Randalstown.

“It is important to us that the rams we buy are fit and able to work. The Jalex rams have been naturally grass-fed without being pushed.”

“We have found this to be a tremendous asset when putting rams to work as there are virtually no repeats which has tightened up our lambing significantly.”

“We also had planned to buy three rams, and James assured us that two rams would be plenty for us. He was confident there was plenty of work in them – he was right.”

Of course, this is not the only reason Peter selected his tups. It is essential that “the quality is as good as it gets, and once again, this drew me to the Jalex Suffolks”.

“We were immediately impressed with the style, power and shape of the rams, and they did not disappoint when we handled them.”

“We would have no hesitation in purchasing Jalex rams in the future as they really have produced the goods.” he adds.”

The McAuleys have built up a loyal customer base for their lambs each season.

Their ewe lambs go to Armoy breeding sale on the last Monday of August, and this year’s batch of 100 are “super”.

This year’s crop, he explained, are very sharp-headed with tight skins, and he is confident that they will be “ideal” flock replacements for buyers.

Read more on this sale.