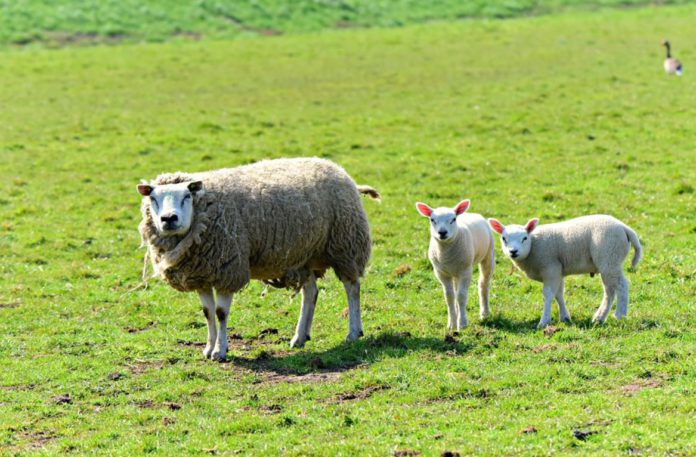 Police in Scotland is investigating an incident where a ewe was butchered in a field in recent days.

The illegal slaughtering occurred in Stewarton between 8 am on Saturday, February 6th and 1 pm on Tuesday, February 9th.

According to police, the Texel ewe weighed 70kgs and was worth approximately £250.

Police believe that the ewe was “professionally butchered”.

In a brief statement, police inspector Ian Harvey of Police Scotland said: “We take these types of incidents very seriously. “I would appeal for anyone who has information or know who was responsible, to contact Police Scotland on 101, quoting 1442 of February 10.”

Its regional chairman, Colin Mair, said. “This is barbaric. To do this would need at least two or three people.”

“There is absolutely no excuse for this act under any circumstances. I would hope that the farming community and public will assist the police in any way they can.”

In other sheep-related news, a husky-type dog attacked a flock of sheep in the UK earlier this morning.

The incident occurred in Dunnington, York in the UK, on Monday (February 8th) afternoon.

According to a statement from North Yorkshire Police, the husky-type dog ran through a hedge, into an electric fence into a field, and attacked two sheep.

One suffered a severe leg injury, and the other fled until it collapsed with exhaustion. The cost of treatment “could run into hundreds of pounds”, the spokesperson outlined in a statement.

The owner of the sheep spoke to the dog’s owner, and called North Yorkshire Police.

Officers attended, and, with the agreement of the victim, issued a community resolution – as part of which, the dog owner will cover the cost of the vet’s bills.

“The last thing farmers need right now is to have to deal with their sheep being attacked and seriously injured or worse – not to mention the economic impact on their livelihoods.”