That's FarmingThat\'s Farming Irelands Largest Farming News, Properties and Classifieds Network
HomeFarming News'Everyone is back by half of what they were last year' 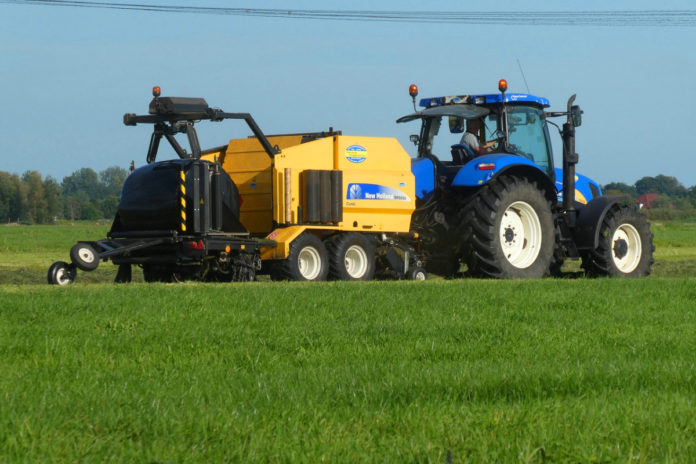 ‘Everyone is back by half of what they were last year’

Due to recent spells of dry weather and drought-like conditions, growing grass has been a problem for many farmers across the country.

With the silage season underway and many acres already cut, the full effect can be seen in the size of the crop harvested.

To get a greater insight into the problems farmers are faced with, That’s Farming spoke to contractors to find out what the situation looks like from their experience.

Dunning told That’s Farming that crops this year have been reduced by about 50% and what they are experiencing has a similar feel to the summer of 2018.

“I have just finished baling 26 acres for a customer and there were only around 150 bales. In previous years you would be expecting 250-300 bales from it. Pretty much everyone is back by half of what they were last year.”

“At this stage, we only have about one-tenth of our bales made but we have covered about one-fifth of the land. If we got a week of rain or any kind of rain, things would probably kick-off.”

Another difference that Michael has noticed this year is that farmers are changing how they ensile their grass in response to the difficult conditions, both environmentally, with the weather, but also financially.

“I have found that some people have decided to not make a pit and make bales instead. I suppose if they are being charged by the acre for pit silage, they reckon that it’s more cost-effective to make bales when you’re paying by the bale.”

Casey has also noticed a smaller crop this year. He said growth has been slow and the drought-like conditions are taking a toll on both yields and his business.

“When you’re travelling the same ground but have a lower volume of grass it’s tough, we’re operating by the bale. It will hamper turnover and profit.”

“We’re baling crops up so quickly. The crop would be mowed and baled the next morning, but we were having problems at the start with it burning up. I suppose people weren’t aware that the drying conditions were so good, but you have those consequences in that heat.”

Similarly to the Dunnings, Casey reported that the season hasn’t fully kicked off yet. He said they have less than 10% of their work done so far due to the weather.

We also asked the two contractors about how big of an effect COVID-19 has had on both their business and their relationship with the farmers.

The resounding message that came from both contractors was that the farmers themselves have been exceptional, but they are remaining alert to the dangers of the virus.

Michael Dunning explained: “We work for a lot of aged customers, there are a lot of elderly farmers around here and they’re a vulnerable group, so we’re always conscious of them.”

“We have sanitizers in all of the tractors and there are strictly no passengers. We’re not going into the house anymore either,” he added.

Pat Casey echoed those thoughts, saying that all safety precautions have to be maintained. He has commended the farmers for the part they have played in keeping things safe.

“They have been really good at keeping their distance and that’s the main thing we are conscious of. We have the sanitizers and sprays, but we still have to be wary. The less touching of gates and other things in farmyards, the happier we are.”