Savills is handling the sale of Gawdy Hall Estate, the former site of Gawdy Hall, which is has a mature parkland and ancient woodland.

According to the agents, this is a “significant” farming estate, which includes an “extensive” residential portfolio and the potential for creating a new principal house in historic parkland.

The estate has 15 residential properties and a non-farming income of £174,376 per annum.

At the heart of the estate is the site of the former Gawdy Hall, which was demolished in 1939.

However, the landscaped parkland, serpentine lake and ancillary buildings, including the entrance building to the hall, coach house and walled kitchen garden, remain.

According to the property firm, the current owners operate a “highly productive and well-equipped farming” unit whilst “maintaining its estate feel”.

The 116.72-acres (47.236 hectares) of parkland lie at the estate’s centre along with “significant areas” of ancient woodland. This includes Gawdy Hall Big Wood, classified as a Site of Scientific Interest (SSSI).

Gate Lodges lie at the two principal entrances to the estate with the drives approaching, from the east and south, the site of the former hall through the parkland and Gawdy Big Wood, respectively.

Nearby to the site of the former hall, is the existing 1939-built Gawdy Hall. Besides, the owners converted Coach House several years ago into two residential properties: stable block and stable cottage.

Lodge Farmhouse is what the agent described as “an attractive and substantial” brick farmhouse. It is at the southern end of the estate on mature grounds. 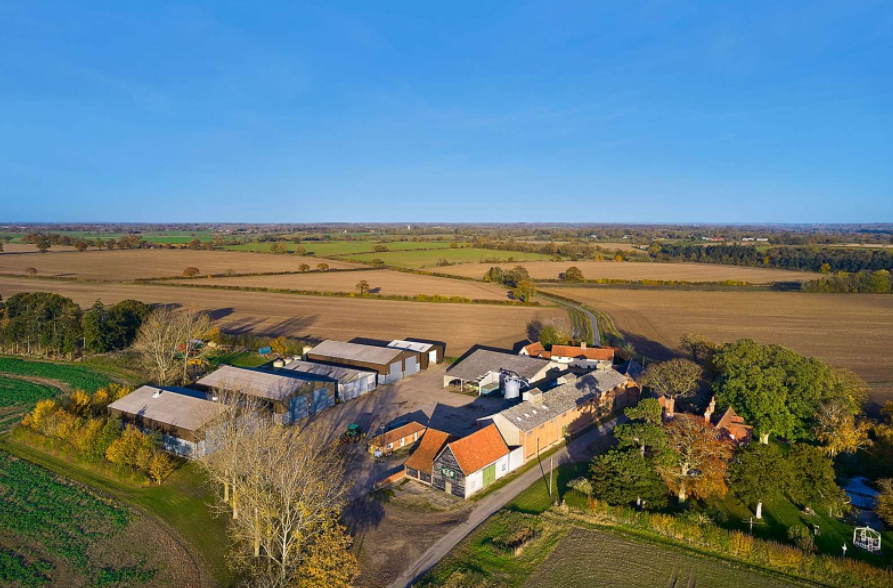 In addition, there is a range of traditional buildings, a recording studio, an estate office and a separate 3-bed bungalow.

The other properties within the residential portfolio are across the estate. According to the agents, the current owners have “proactively managed and improved” these where necessary over the years.

The land has been “extremely well farmed” and “extensively” under drained where necessary.

In addition, there are two active poultry units on the estate. These are let along with a poultry site to the north of Gawdy Hall, which is no longer in use.

In terms of future uses, the selling agents suggest that the landscape’s nature and extensive ancient woodland have historically supported a shoot, which no longer runs but “could easily do so”.

As well as potentially supporting a shoot, they suggested that the woodland areas “significantly enhance” the estate’s amenity appeal. 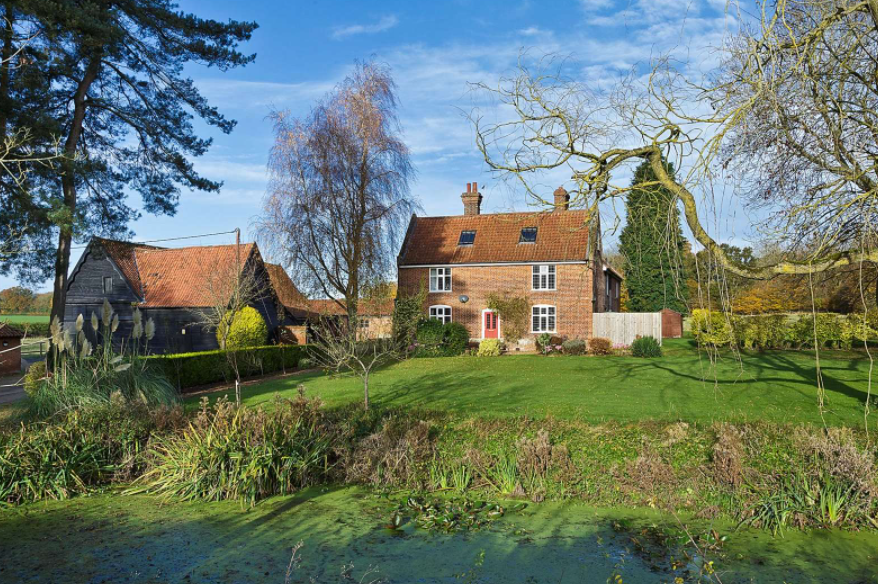 In the Waveney Valley, the Gawdy Hall Estate is a “very special” place that has been in the same family ownership since 1938.

The estate is to the north of the market town of Harleston. It has several shops, services, public houses and a hotel.

The larger market town of Diss, approximately 12 miles to the west, includes a mainline rail link to Norwich, Ipswich and London.

The journey time from Diss to Norwich is from 17 minutes, Ipswich from 22 minutes and London Liverpool Street from 1 hour 36 minutes.

To the south of the estate is the A143. This provides access to the A14 at Bury St Edmunds to the west and to the coast at Great Yarmouth to the east. Norwich is “within easy reach”, around a 30-minute drive to the north.

Other properties for sale: