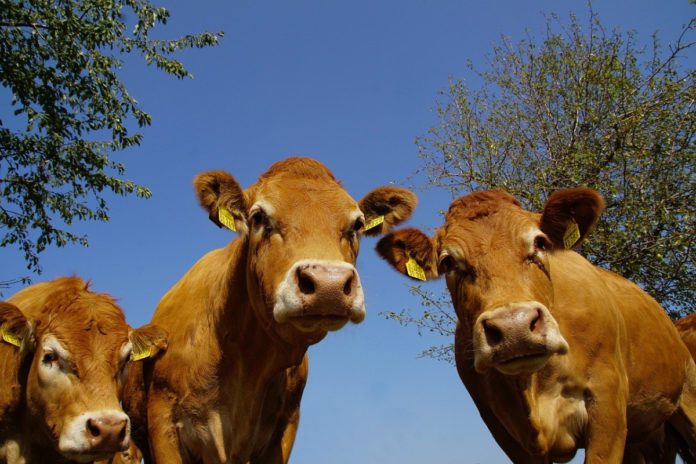 The Emerald Isle Beef Producers (EIBP) have created a solution to the ongoing challenges to livestock trading as a result of COVID-19.

Through Whatsapp, they have set up a mobile auction system, called ‘Like It, Bid For It’, with the aim of helping the continuation of trade during the pandemic and helping producers find a market for their animals.

Eamon Corley, chairman of the beef producer organisation said: “We encourage farmers to take a video of the lot they want to sell and provide all the information that would typically be on a mart board.”

“We’ve had a sale every week for the last 3 weeks. We might start the sale at 7 pm on a Saturday and go through the different lots. The two highest bidders will then be introduced to the seller. It’s between the three people then to see if a deal can be struck.”

Eamon explained that the service is free to all sellers, while the buyer is asked to pay a sum of €2 per head. Entries are accepted from all farmers, regardless of whether they are a member of the EIBP or not.

“It’s still in experimental stages, but we have had a fair number of sales and for some farmers, it has worked quite well. It doesn’t cost them anything and they don’t have to move their cattle. There’s no expense so there is nothing to lose.”

The new system was created as a solution to some previous problems that beef producers had been experiencing.

The EIBP chairman explained: “We were selling weanlings to exporters and a lot of farmers sent in videos of cattle that they thought would be suitable to exporters.”

“When we sent them to the exporters, some of the feedback we were getting is that a lot of the cattle were too heavy and the conformation wasn’t good enough.”

He said the new system was created to provide a marketplace for those cattle and farmers that were looking to sell but could not find an outlet.

“Another advantage of it is the current mart system means you have to come from a TB-free system. With this system being farm-to-farm or farm-to-feedlot, we have a couple of feedlot buyers in the group so we can sell people’s cattle who are restricted by TB to feedlots, which a typical mart couldn’t do.”

If you would like to get involved with this group or find out more, you can contact Eamon Corley on: 0862228246