That's FarmingThat\'s Farming Irelands Largest Farming News, Properties and Classifieds Network
HomeFarming NewsEBY - the bull that has made over €1m in semen sales 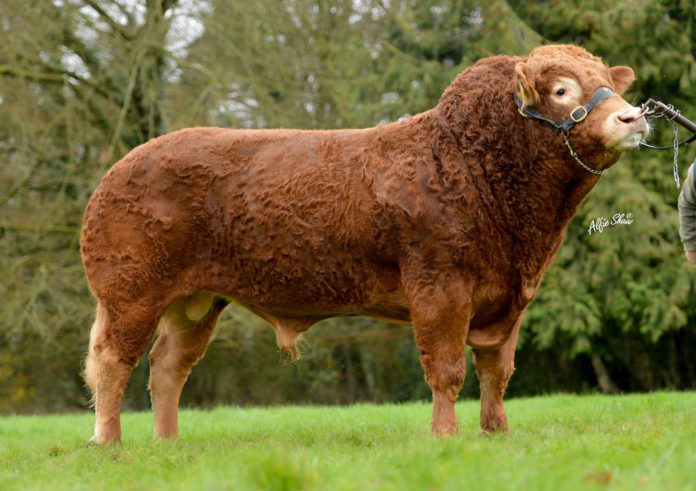 EBY – the bull that has made over €1m in semen sales

Elderberry Galahad (EBY), who has made over €1 million in semen sales for Irish company Dovea Genetics, Thurles, Co. Tipperary, is set to become the star of a documentary on RTÉ 1 tonight.

This bull has proven to be the Limousin sire of the decade, fathering approximately 50,000 calves nationwide.

Straws of his semen have been sold to countries such as Spain and Italy and as far away as Malaysia, according to the bovine AI company.

A spokesperson for Dovea Genetics, said: “The bull, who is in his ninth year, has spent over seven of these residing in high-class accommodation in Thurles, Co. Tipperary.”

“He is now a household name and is highly regarded in the Limousin breed for calving ease and quality.”

“As well as being famous amongst breeders, he is also a favourite within the company for his laid-back attitude.”

Galahad will be starring in the new RTÉ One documentary, One Day: Keeping Ireland Company at 9.35 pm on Monday, January 6th, featuring Andy Burke, bull yard manager and fellow staff.

- Advertisement -
Previous articleFarmers urged not to accept €3.60/kg for steers and heifers
Next articleVIDEO: ‘If they can grow in Monaghan – they can grow anywhere in Ireland’