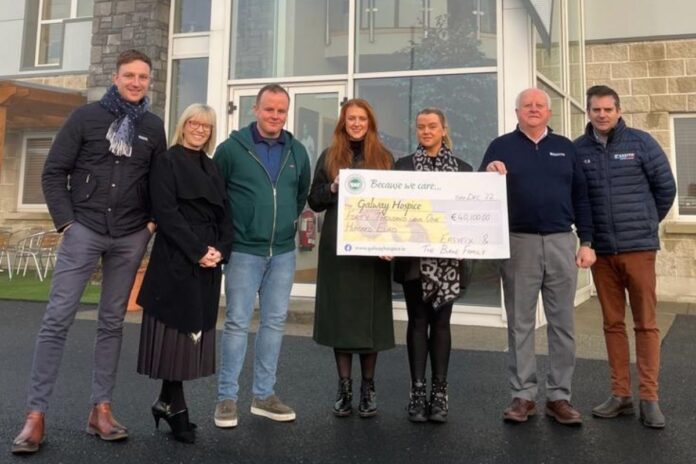 Ballinasloe, Co Galway-based, EASYFIX, has raised €40,100 through its ‘Movember’ fundraiser, the firm has revealed.

The business rolled out its fundraiser campaign last month in aid of the Galway Hospice in memory of EASYFIX’s long-standing sales director, PJ Burke’s wife Claire, who passed away in July of this year.

It raised €20,281 of its total proceeds through its virtual iDonate page, where it had set an initial target of €5,000.

“EASYFIX staff wanted to come together in order to support their colleague, PJ, and his family and, of course, paying tribute to the wonderful lady that Claire was, whilst also raising much-needed funds for the very worthy cause that is the Galway Hospice.”

“This been a very difficult year for the Burke family, and EASYFIX wanted to do something special in the name of Claire, who has been a big part of the EASYFIX family since the company was founded 25 years ago.”

“As a family, we were delighted at EASYFIX’S initiative in organising the Movember fundraiser.”

“We are so proud that it was done in Claire’s memory and honour.”

“The amount of money raised is a testament to the regard in which she was held by family, friends, colleagues and the wider public.”

“We know that the funds raised of €40,100 will help in some way with the great work undertaken by the Galway Hospice, a very worthy recipient.”

“Thanks to the tremendous effort and the growth of over 30 moustaches from the EASYFIX staff, family and friends of the Burkes, a total of €40,100 was raised.”

‘Light Up the Night’

Meanwhile, in other news, yesterday That’s Farming reported that preparations are underway for the annual ‘Light up the Night’ tractor and truck run, which grew from a group of North Kilkenny natives’ desires to highlight suicide awareness, mental health issues, resources and supports.

Established in 2016, its next event will take place in Ballyragget, Co. Kilkenny, on New Year’s Eve following a two-year Covid-19-induced break.