That's FarmingThat\'s Farming Irelands Largest Farming News, Properties and Classifieds Network
HomeFarming NewsDangers of ASF to be highlighted on Ear to the Ground 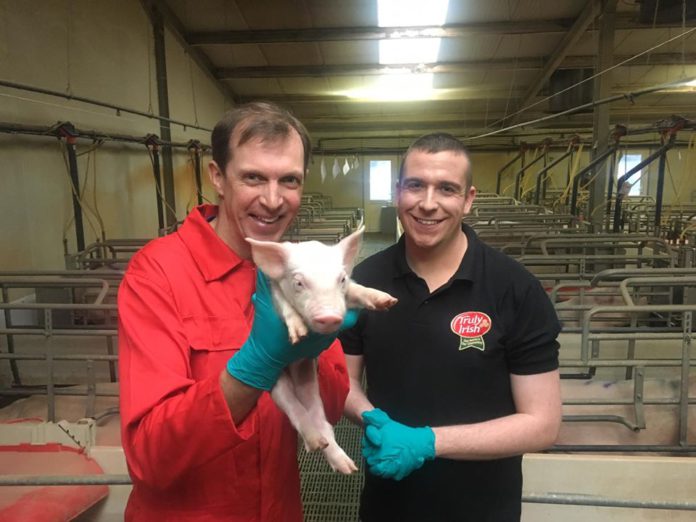 Dangers of ASF to be highlighted on Ear to the Ground

Tonight’s episode of Ear to the Ground features on segment on the dangers of ASF, loneliness in rural communities and the success story of one vegetable farmer and his family.

Recent research by Trinity College Dublin revealed that more than a third of adults over 50 report feelings of loneliness. People in rural areas are especially at risk as isolation can affect

A health and wellness officer in her local GAA club, Bernie revived the tradition of making a céili, or house visit, by rallying members of the club to visit their neighbours.

Billy Feighery and his family have been growing vegetables in Co. Offaly since 1987.

While researching health food products in 2018, Billy’s daughter Anne Marie discovered a gap in the Irish market for a juice with a high percentage of beetroot.

Recognising the potential, Billy quickly agreed to set aside more land to grow the vegetable.

18 months on and Feighery Farm Beetroot Juice has won a series of awards and now features in health food stores nationwide.

Ella Mc Sweeney travelled to Co. Offaly to give the Feigherys a hand with this year’s beet harvest.

Rashers, sausages and pudding are the traditional staples of the full Irish breakfast.

But African Swine Fever has devastated the world’s pig population, meaning pork prices have risen to a 6-year high.

Over a quarter of the world’s pigs have been killed in the latest outbreak and China has lost 220 million pigs in just one year. The virus is fatal to pigs but harmless to humans, and although the Irish sea is a barrier to its spread, it can come in through pork products.

If it does get in, the record strong prices will be no more, and it will spell the end of Ireland’s pig-meat export business.

Darragh McCullough visits the McAuliffe farm in Kerry to see how Irish pig farmers are trying to keep out this deadly infection.

Tune into RTÉ One at 7pm tonight (Thursday, January 9th).