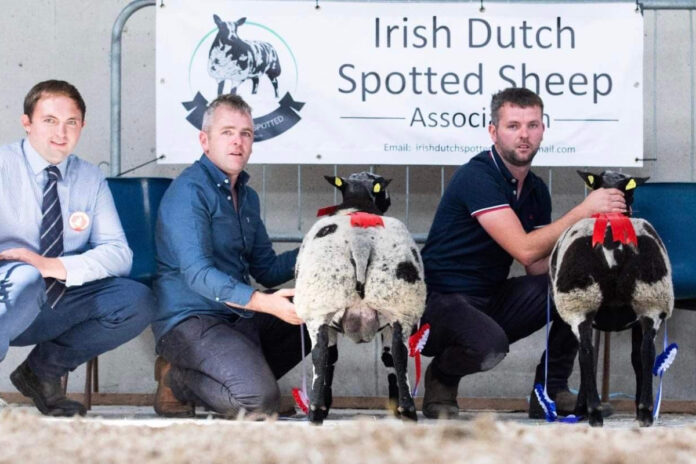 Two entries sold for a joint top call of €5,000 at the sale at Midland and Western Livestock Improvement Society LTD’s venue at the Showgrounds, in Carrick-on-Shannon. 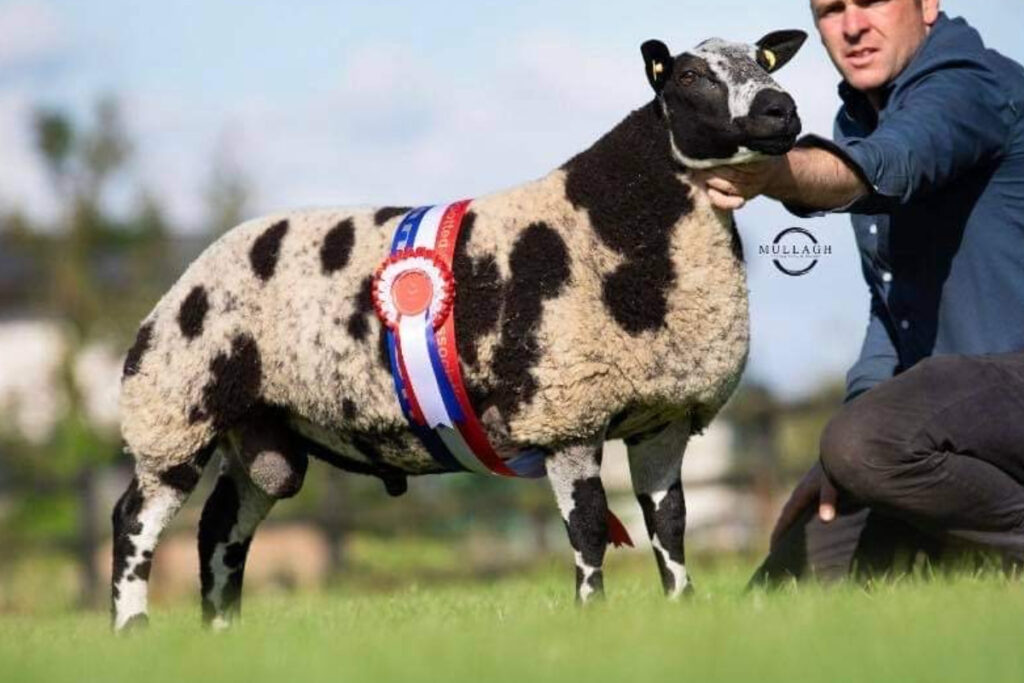 At the same price tag was the reserve champion was a ewe lamb, Cashel Hill Faydell, by the same sire as the champion bred by Joseph Harkin from Gleneely, Donegal. 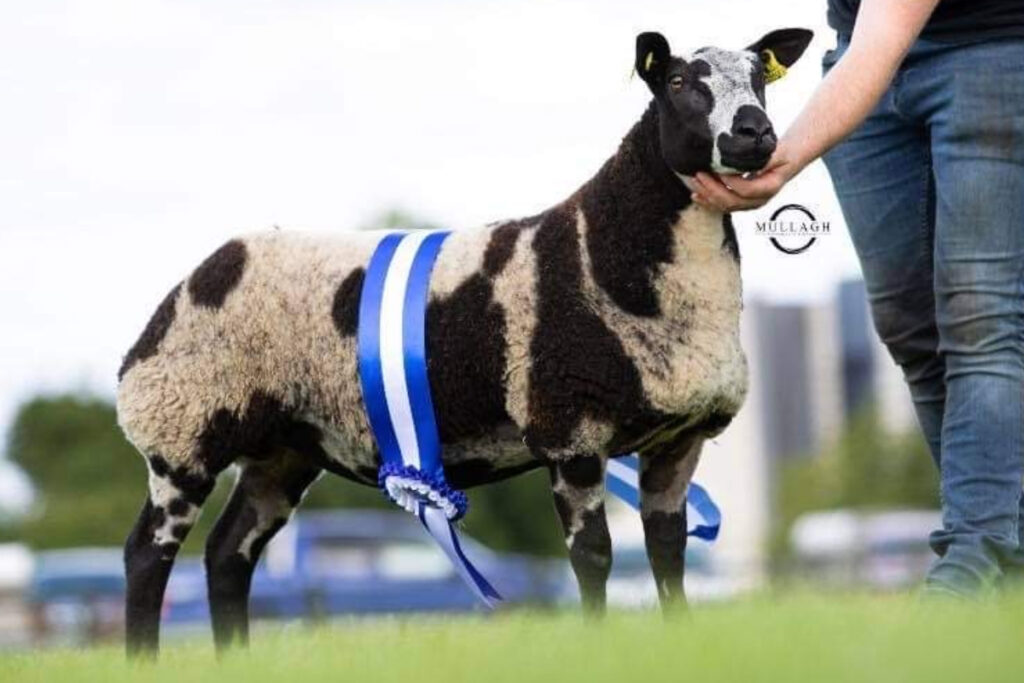 A first-prize shearling ewe, a Dutch import, presented by Rachel Gallagher from Port Salon, was the first sheep into the ring and set the tone of the trade at €3,100. 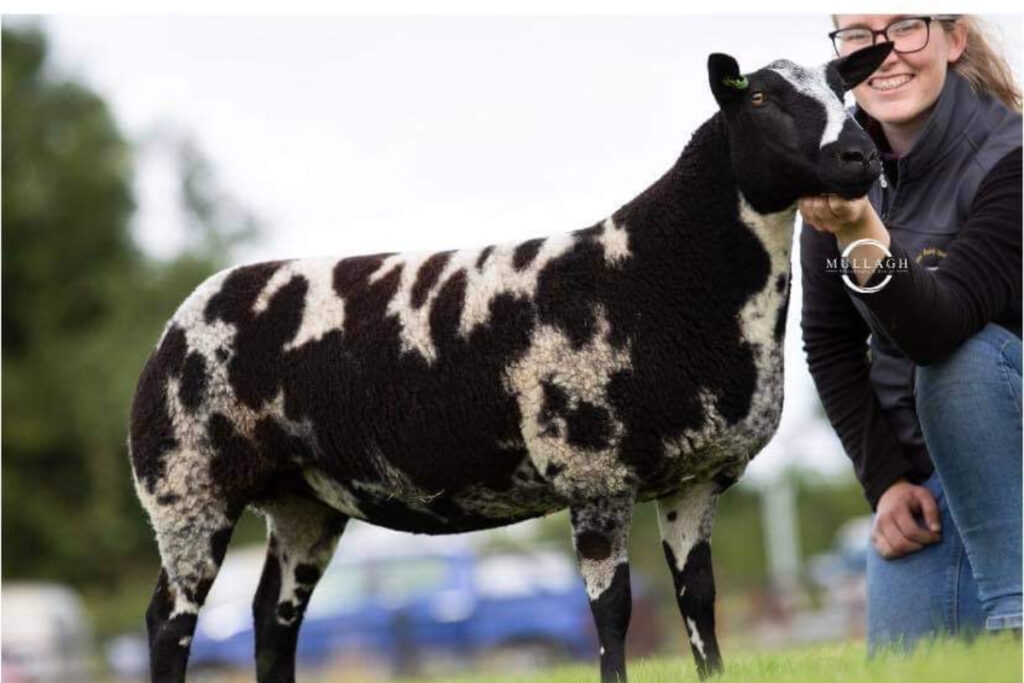 “We were delighted to welcome Dutch Spotted breeder, Henry Jewitt, from the Sunnybank flock in Barnards Castle, Durham as our pre-sale judge.”

“Henry is very active on the UK show and sale circuit with his Spotties and other breeds, with recent wins at the major shows in England. He inspected all stock for correctness and quality.” 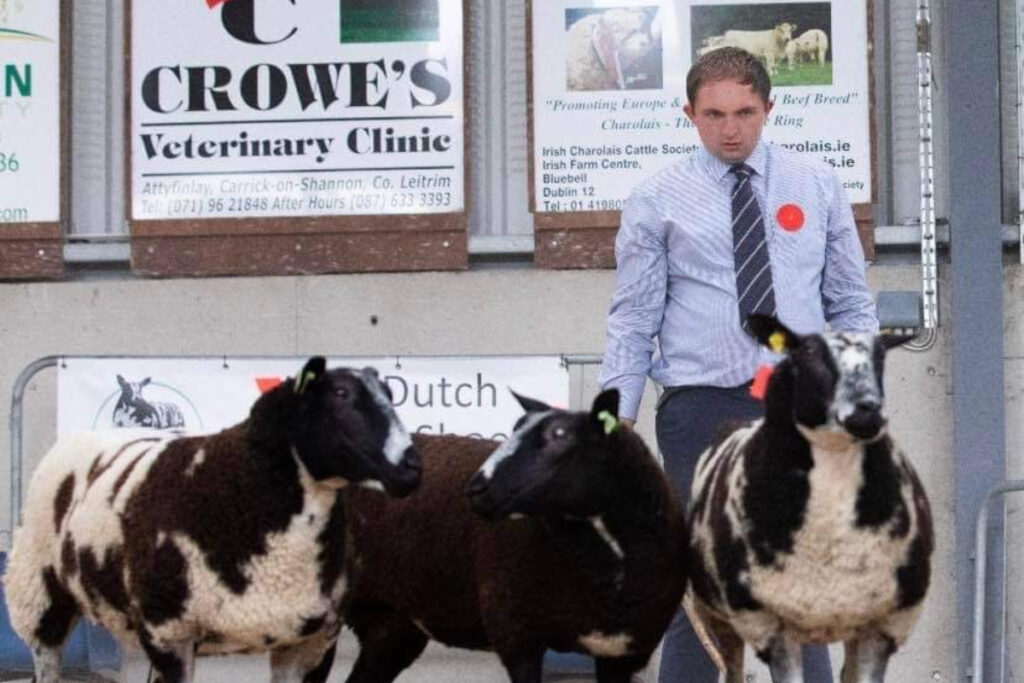 From an initial 19 breeders who committed to establishing the IDSSA, “strong” growth and interest have resulted in the current membership standing at 47.

Breeders formed the association to promote, market, record and certify the breed in Ireland.

According to the society, main traits include:

Its next sale of females and rams will take place in Blessington on September 10th, 2022.

- Advertisement -
Previous article
Selling prices of €700/green tonne: Why you should consider OSR
Next article
Get paid to graze your sheep on other people’s land