‘The day of doing cheap work is over’ – ag contractor

Dunne Agri, Kilkeary, Nenagh, County Tipperary, is in business for over 36 years, serving the customers of north Tipperary.

In 2003, Damien Dunne partnered with his father, Pat, in the family’s agricultural contracting business after completing his studies at  Gurteen Agricultural College.

“My earliest memories would be of my mother dropping me off to a place cutting silage and sitting up beside my father,” Damien Dunne told That’s Farming.

“He would have had a John Deere 5830 self-propelled harvester back then in the early 1990s. So, I always had an interest in machinery. It is all I wanted to do.”

“I would have introduced a McConnel hedge-cutter, a Spreadpoint lime-spreader, and a SLURRYQUIP umbilical system, with a 12m dribble bar, to the business.” 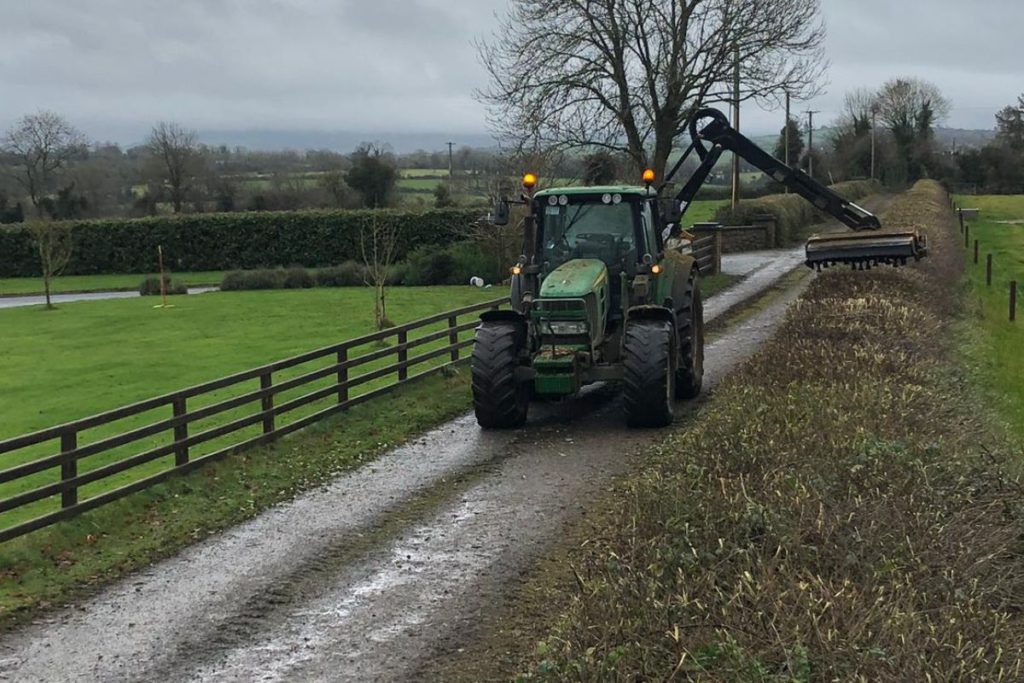 “It was a tough start to the silage season with the weather, and we got going late. But, once we got going, we flew at it.”

“Lime-spreading is very busy. We could spread anything over 15,000-tonne a year.”

“It all depends on the year, but we would be doing 400-hours of umbilical slurry spreading a year. So then, the three slurry tankers would be averaging around 200-hours each.”

“It was not too bad to build up a customer base; it was harder years ago.”

“We find it easier now as farmers are doing nothing themselves. They are getting an agricultural contractor in to do everything.”

“We are after getting very busy in the last couple of years, particularly with slurry, lime spreading, and reseeding.” 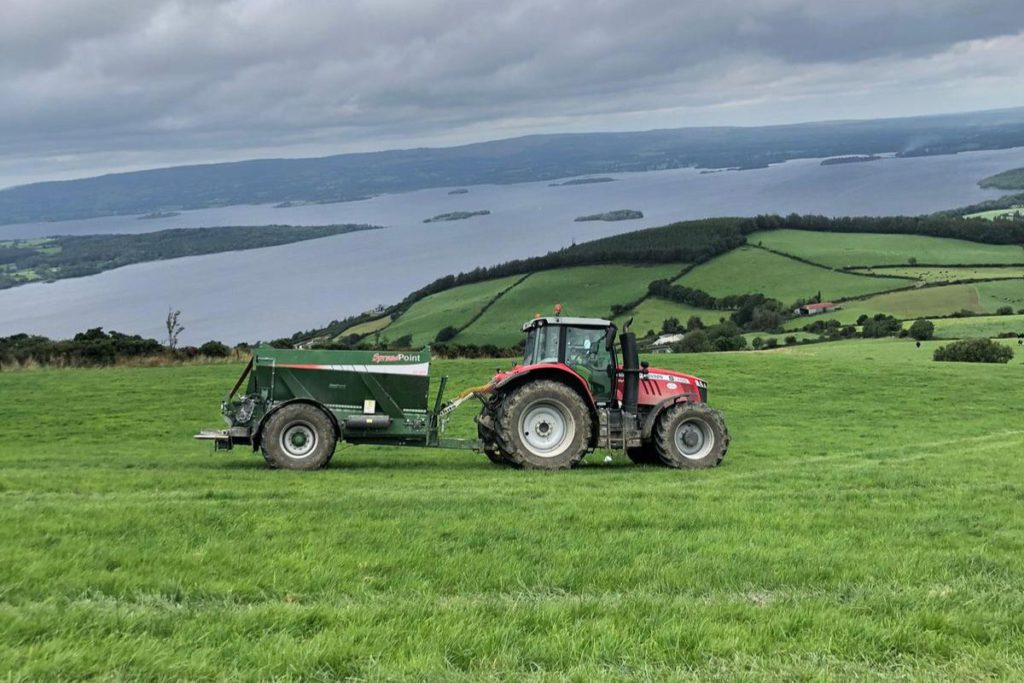 “My father and I would do any big maintenance, and we do all the servicing ourselves. Templetuohy Farm Machinery Limited oversee the silage harvester, and Abbey Retail, Nenagh, look after our Massey Ferguson tractors.” 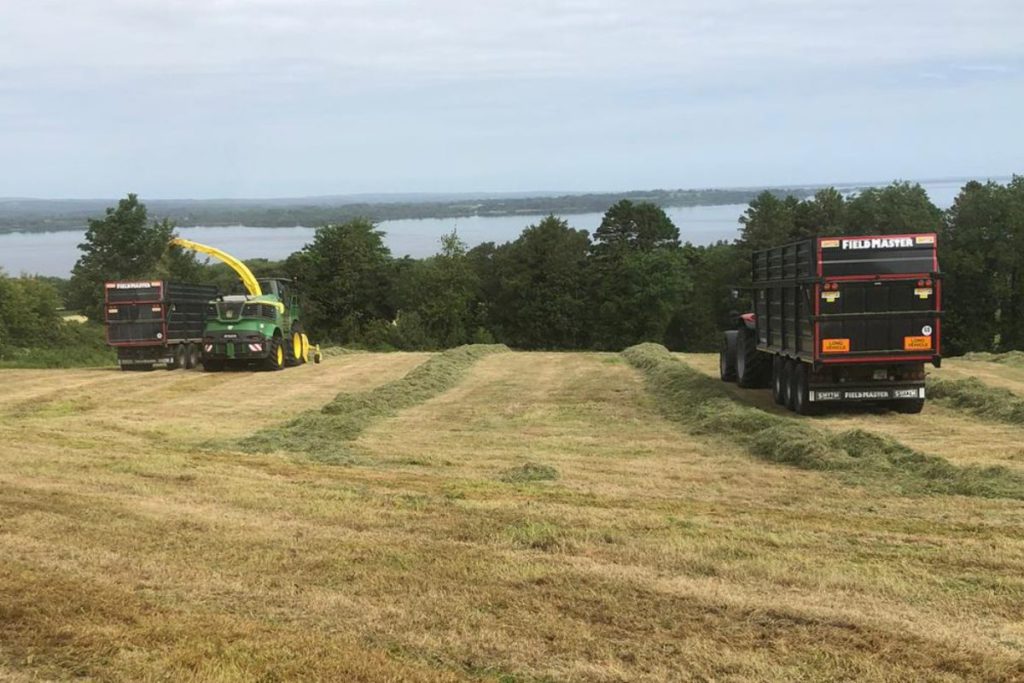 According to Damien, among the challenges for Dunne Agri are machinery, diesel, and insurance costs. He also cited weather conditions and legislation.

“The slurry spreading ban dates are the biggest issue. You could have fine weather before Christmas, perfect conditions for spreading slurry, and you cannot get out.”

“There is so much slurry going out together. If the weather was fine a couple of weeks before the slurry spreading ban date opens, we should be allowed to spread slurry.”

“Slurry is a very big thing and probably one of our big services. The slurry spreading dates will definitely impact our business some days as there is only so much you can do.”

“You could work very long hours regarding slurry spreading to try to get the work done. The way they are making farmers build bigger storage tanks to accommodate these slurry dates is ridiculous.” 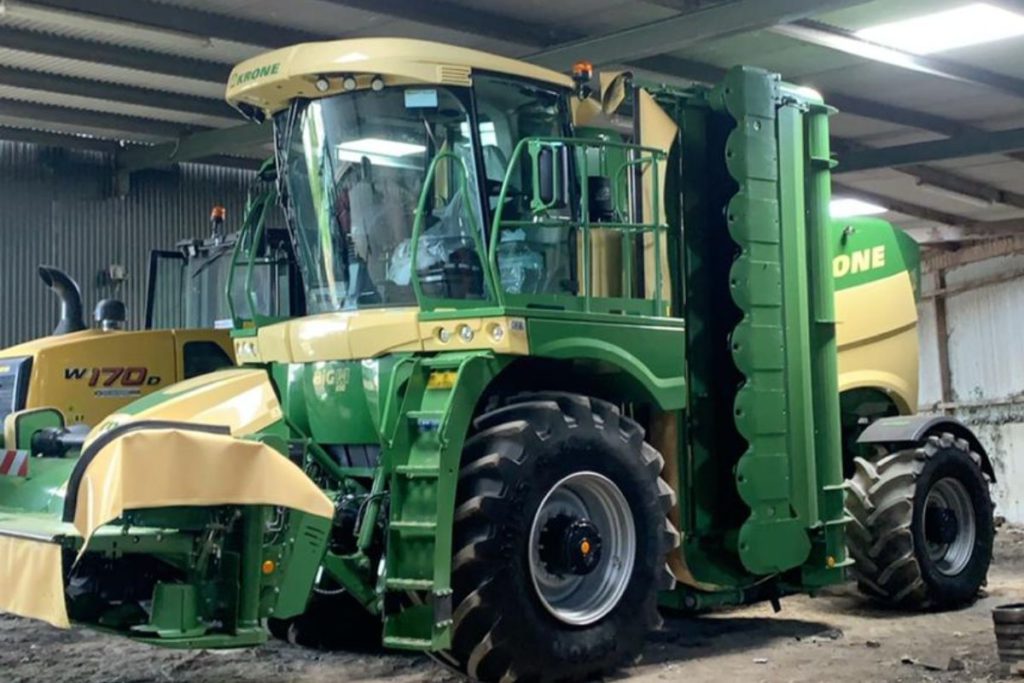 Damien outlined some of the changes he has overseen in the industry since joining his father, Pat, on the venture.

“So, we are probably doing a lot more work than we were back in the early day but working for fewer farmers. The day of doing cheap work is over.”

“I would say agricultural contracting is fairly ok. Nobody is going to get into cutting pit silage, only people who are going to get out of it.”

“There is definitely not anybody going to get into contracting in a big way. It takes years and years to build it up.”

“I would maybe try to be more efficient in the work that we are doing.”

“The key elements in running a successful contracting business are keeping your money collected, your bills paid and providing a top-class service,” the agricultural contractor concluded.