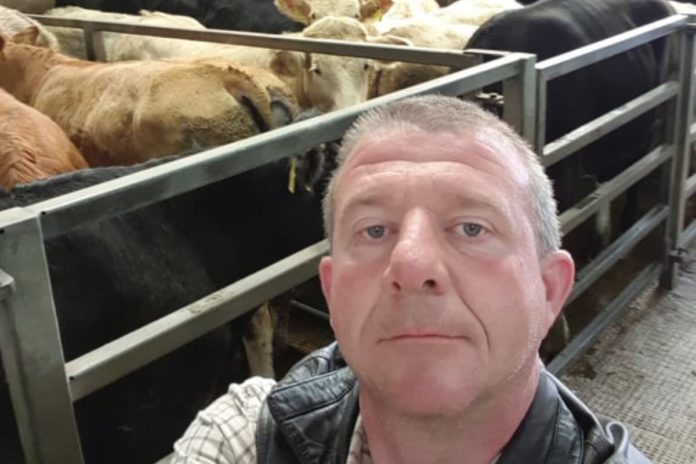 As part of this week’s Mart Focus, That’s Farming profiles managing director of Dungannon Farmers’ Mart, Trevor Wylie. He discusses managing a 250-acre farm and a mart, auctioneering, securing £28,000 for a Texel ram lamb for a client and plans for the business.

“I was born into farming. I was in and around the yard from a young age,” Trevor Wylie (49), a 1989 Loughry Campus graduate, told That’s Farming.

He branched into livestock auctioneering shortly after completing his studies.

The late David Crossan enabled him to gain auctioneering experience.

“There is no such thing as an auctioneering licence in Northern Ireland. You step up, do it, and that is it.”

“In 1990, I started selling small tools at our machinery sale, and I progressed onto calves.”

“I would not be there for most of the day-to-day running of the mart as I spend most of my time farming, but as time has gone on, I am becoming more active in the mart business.”

The privately-owned mart, now a three-ring system, moved to its current location in Granville 34 years ago.

The business employs eighteen part-time staff and two full-time workers, mainly serving a 10–15-mile radius of Dungannon with livestock coming from any of the six counties for sales.

“Our store cattle and breeding stock sale takes place on a Wednesday from 11am with heifers first followed by cull cows, finishing off with bullocks.”

“We hold a sheep sale at 11:30 am on a Thursday. I auction sheep, Stephen Redmond sells calves, weanlings, and Stuart Watson sells store cattle.”

“I had been selling store cattle for thirteen years up to July of this year, but I now take a more active role managing the yard.”

Dungannon Farmers’ Mart hosts a monthly machinery sale with over 400 lots every second Friday. It is also the venue of a local car boot sale and carries out land lettings. 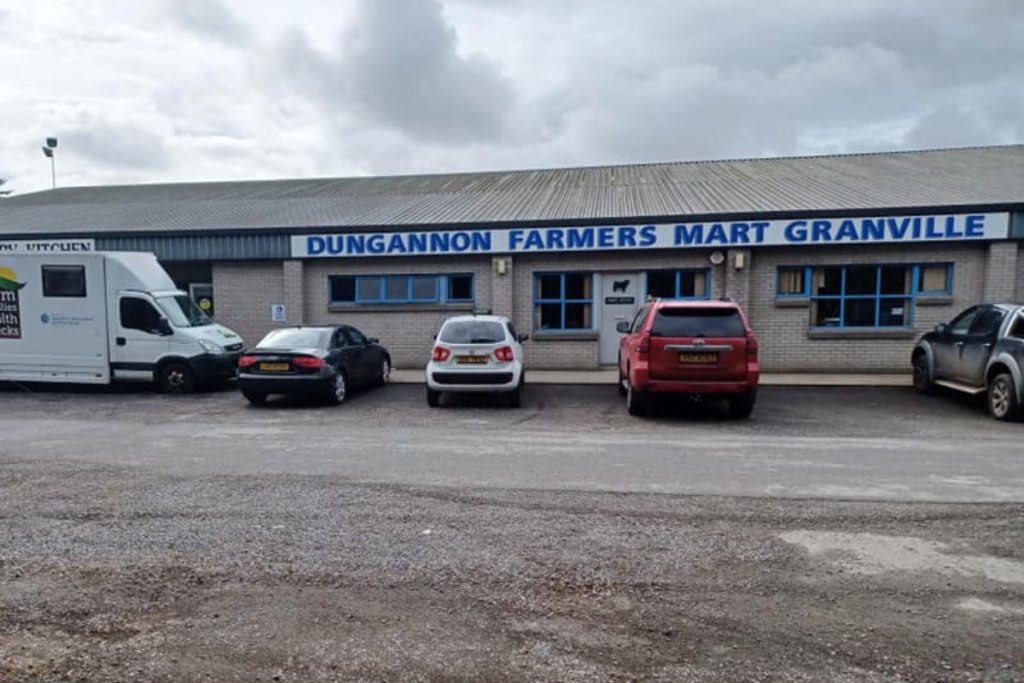 Dungannon Farmers’ Mart has an average weekly throughput of 400 head of cattle and 300 sheep currently with peak times recording 1,000 sheep.

The export facility can hold 1,000 head of cattle with 700 lots “settling in comfortably”.

The latest change in the mart is the outdoor rostrum facility and online selling, both as the result of the Covid-19 pandemic.

“There are parts of the job you enjoy and other parts you do not with the bureaucracy around the movement of livestock, but we put up with it and get on with it.”

Trevor outlined that the most satisfying part of the job is seeing both buyer and seller “happy” on sale day and “selling at a fair price”.

“We would be very big promoters of fair dealing.”

“Whenever stock is plentiful, both trade and weather are bad, you feel for the people you are trying your best for, and in some cases, it is not rewarding for them.”

He shared one of his highs on the rostrum and stated that managing a mart and auctioneering carries lows.

“There was a lot of buzz about the lamb and a feeling it was going to make a lot of money the evening before.”

“The sale ring filled with every breeder from far and near to see this particular ram sold. I remember when the hammer eventually fell, there was a moment or two of high emotion.”

“It was very satisfying to see the family getting what they did get for their lamb.” 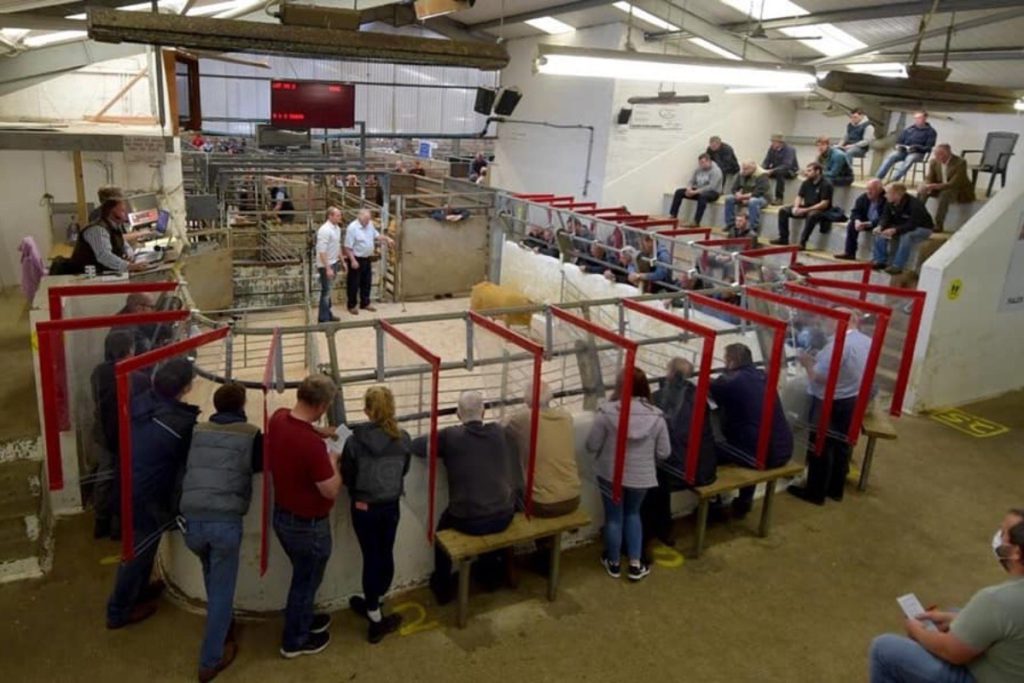 “The ring is the fairest way to move livestock. You can stand there, give what you feel an animal is worth and if a person selling is not satisfied, they have the option of taking it back home again.”

“You should leave satisfied that you received the market value of the day.”

“There has to be a sustainable income for smaller family farms.

“Larger farms are probably going to do the job the whole way through working from birth to beef or birth-to-finishing, depending on what sector they are in.”

Online trading provided the mart’s clients with the convenience of remotely viewing the sale whilst carrying out other tasks. It also generated new customers from buyers and sellers.

“In July 2020, we adapted to online trading with the LSL online platform. It is something that is going to be here to stay as every sale is online as well as ringside.”

“However, it was strange to use for a while until I got settled into using it. It is part of my second nature as an auctioneer now, and it is part and parcel of what you do.”

“I have to give credit to all online platforms providers for the job they did within 5-6 weeks to have systems working well.”

He outlined the importance of the livestock marts socially and economically.

“The mart is a very important place for lots of isolated farmers.”

“It is their only way of having social interaction with people and could be the only time they have a meaningful conversation during the week.”

“The square meals that are available in mart canteens could be the only sit-down dinner they have in a week.”

“The mart also has economic benefits of getting stock valued fairly, as opposed to dealers driving up farm lanes and farmers having to sell livestock with no reference price. You do not know if you have them well sold or not.”

He commented on the importance of youth involvement in livestock marts as customers and employees.

Trevor outlined that some students he has given work experience have now entered the haulage sector and DAERA positions.

“Youth can bring new ideas forward instead of the older people who can be set in our ways. We have to embrace change as it comes.” 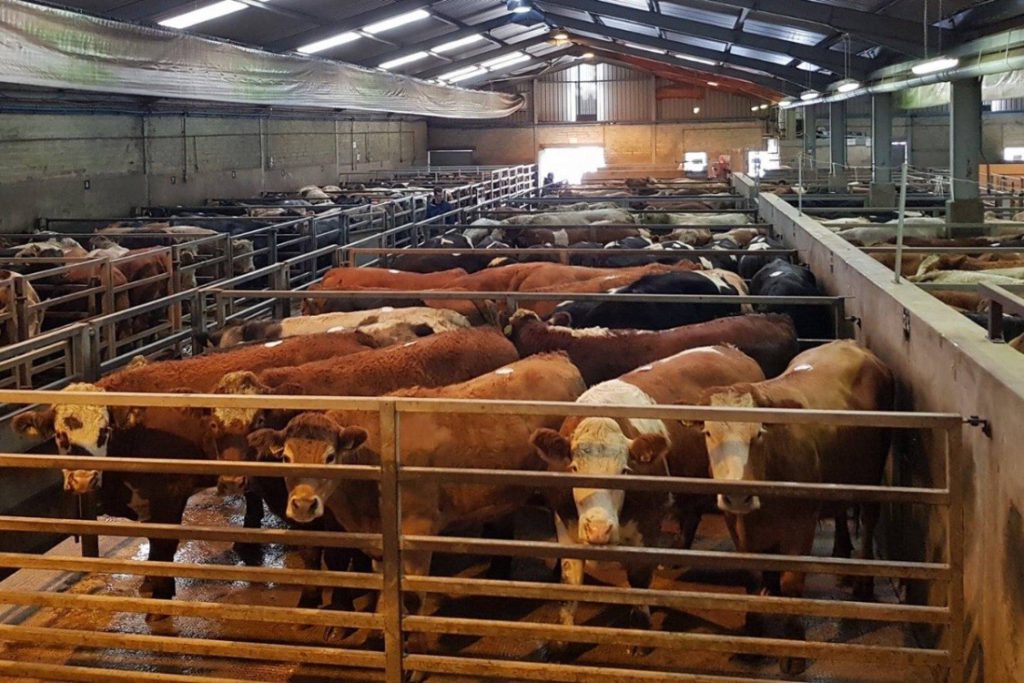 Trevor plans to continue modernising the mart, move embryo sales to timed auctions on LSL’s platform, and increase throughputs of livestock and equipment.

“I am a firm believer in providing a good service for those who are coming to you rather than having massive numbers of stock and providing a bad service.”

“If I was getting massive numbers of livestock, I would have to spread the sale days a little further.”

He shared his view on the future of livestock marts.

“The mart will continue to have its place as long as the suckler cow remains on marginal land, as the offspring has to be sold to the lowland farmer for finishing,”

“With the removal of youngstock off dairy farms out to smaller farms who are wishing to rear calves and/or finish dairy-bred livestock, the buyer can buy what he/she wants. There is no better way to get livestock bought and sold fairly.”

“If you have a varying batch of stock to sell, they do not suit one person coming up your lane.”

“You could have five or six buyers up your lane before you have them all sold when you are selling privately.”

“At the mart, those five or six buyers are there at one time,” the mart manager concluded.