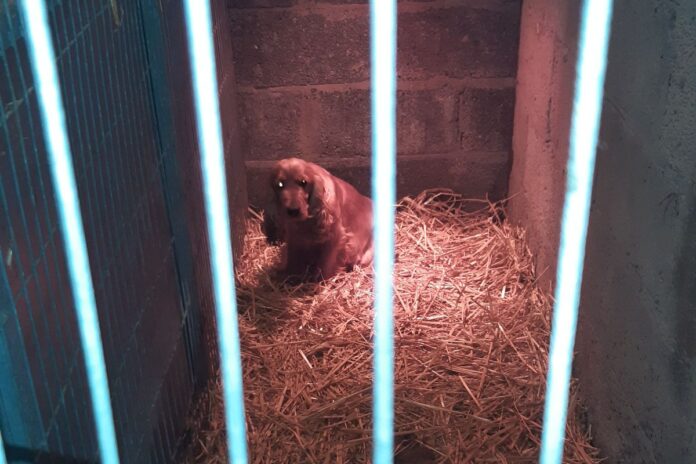 Ban for illegal breeder ‘making money from the suffering of dogs’

A Carlow native has been banned from holding any dogs for life following a court appearance arising from an investigation into illegal dog breeding.

Myles Fitzgerald, with an address at Craanpursheen, Ballon, appeared before Carlow District on Wednesday, September 29th 2022.

Giving evidence, ISPCA inspector, Fiona Conlon, told the court how she called to the accused’s property on Monday, March 15th, 2021. The court heard that was in response to a report regarding a possible illegal dog breeding establishment at the above address.

She described to the court how she found numerous dogs of various breeds, many of which were being used for breeding.

Conlon found much of the accommodation to “be unsuitable due to insufficient light and ventilation, wet and soiled bedding, and lack of visual stimuli”.

In addition, she detected several physical welfare issues that were immediately recognisable.

She told the court there were immediate concerns for thirteen dogs, which were surrendered and taken for veterinary assessment.

She pointed out that it was a “commercial” operation and that the defendant had been “making money from the suffering of these dogs”.

Conlon reported that all dogs removed had recovered and were rehomed.

She said they were “now living the lives that they should” and showed the judge photos of some dogs after rehabilitation.

Brendan O’Flaherty, defending, cited other cases that inspector Conlon had brought before the court, which he viewed “as more serious”.

He pointed out that all dogs had survived and suggested that they were all in “good bodily” condition. Inspector Conlon acknowledged that they “were not hungry”.

Mr. O’Flaherty also highlighted that his client had cooperated with the removal of the dogs. He said that Mr Fitzgerald’s vet was in regular content with his client.

In response, Inspector Conlon queried if that vet had seen the dogs in question. Mr O’Flaherty accepted that they had not.

Judge Carthy commented that the facts were “stark” and that photographs presented by Inspector Conlon were “upsetting to see”.

Mr Fitzgerald produced €3,500 in court to cover costs. Judge Carthy imposed a further €3,000 in fines and disqualified Fitzgerald from keeping dogs for life.